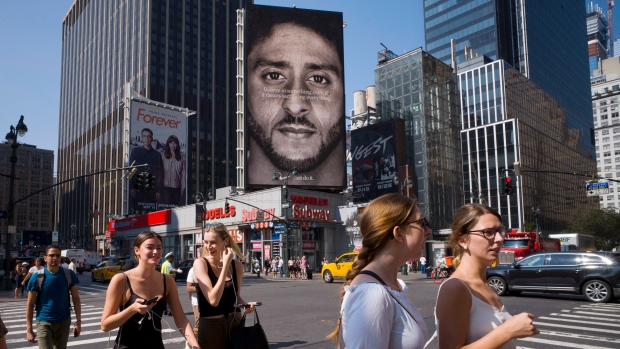 Edison scanned receipts from more than 200 online retailers (including Nike.com) and found that that Tuesday after Labor Day, for example, the first full day after Kaepernick’s ad went viral, Nike purchases were 22 per cent higher than the same day in 2017. On Wednesday they were 42 per cent higher, and Thursday they were 23 per cent higher. They remained above 2017 levels through the end of the week.

This data, which only measures online sales, is incomplete. It’s a one-year snapshot and while it captures those who immediately purchased Nike to support the ad campaign, it doesn’t fully account for those whose plans to boycott will play out over time.