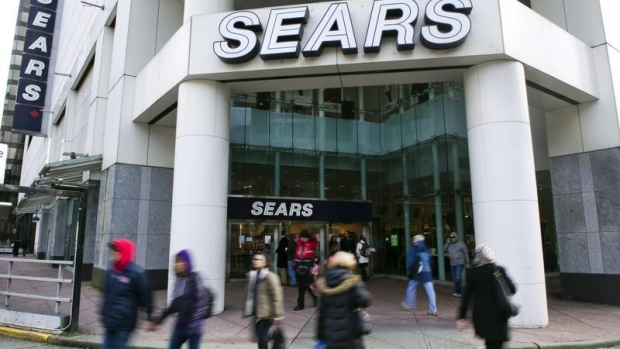 The former chief executive of Sears Canada (SCC.TO) doesn’t think there’s a light at the end of the tunnel for the troubled retailer. In an interview with BNN, Mark Cohen, now director of retail studies at Columbia University, said the company’s days are almost certainly numbered as reports swirl that it's mere weeks away from entering creditor protection.

“There’s no happy ending to this really crappy movie that we’re watching,” Cohen said. “Unless the company can find a new source of liquidity, sell off a substantial number of additional stores, come up somehow with a boatload of cash and find a way to improve their running performance, the company really does not have a future.”

Sears Canada has been under pressure in recent quarters as changing consumer tastes and poor product decisions hammer the bottom line. The company reported a 15.2 per cent decline in first-quarter revenues due to pronounced weakness in the company’s direct order business, an area where Cohen said it should have thrived.

“Sears Canada had a unique opportunity to counter [difficult retail conditions] because of the power of their direct consumer business,” he said. “Unfortunately in the last years, the company has more or less walked away from that entire channel.”

In conjunction with disappointing quarterly results posted last Tuesday, Sears Canada announced it had retained BMO Capital Markets and law firm Osler, Hoskin & Harcourt to explore strategic alternatives for the company, including a possible sale. Cohen said suppliers will likely be spooked by the uncertainty surrounding the company – including Sears Canada’s warning that it may not generate sufficient cash flow to meet its obligations.

“I’ve heard from some folks who would reliably know that the company has been cut off by some major vendors,” he said. “[Vendors] have also looked at the company’s balance sheet and have noted the statements that the company has made about its concerns about being a going concern. Anyone supplying Sears Canada has, for some time, had the company on some form of alert.”