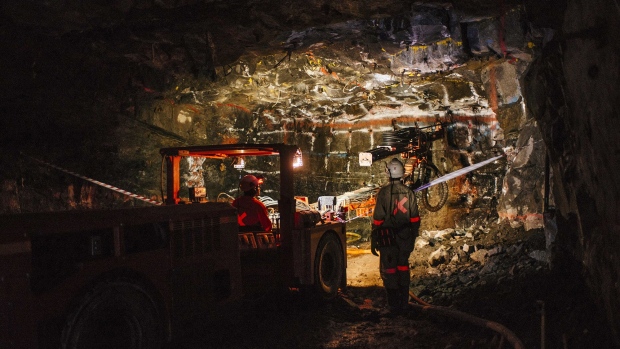 Northam is acquiring 32.8% of RBPlat from the Royal Bafokeng nation, a community in South Africa’s platinum belt which leveraged the mineral wealth of the area and now holds an investment portfolio that spans mining, financial services and property. Northam’s deal with RBPlat’s main investor scuppers takeover talks that RBPlats had been holding with larger rival Implats.

Northam is buying the stake from Royal Bafokeng Holdings at a 90% premium to RBPlat’s share price before the Implats talks were announced. The deal sidelines other RBPlat investors who may have been hoping to sell their own shares for a premium, but furthers the aggressive growth strategy of Northam Chief Executive Officer Paul Dunne, who wants to lift metals output to more than 1 million ounces.

“The RBPlat assets are young, shallow and well capitalized and occupy a strategically important position in the Western Bushveld,” Dunne said. The stake also provides a “strategic platform” for a possible combination of Northam and RBPlat in the medium term, Northam said.

RBPlat had a market value of about $2.3 billion at the close on Monday and owns mines and a processing plant in South Africa. The company’s assets are relatively new, shallow and mechanized, which helps keeps costs lower. For Implats, they had the added appeal of being located next to its own Rustenburg mining complex, offering potential synergies from exploiting adjacent mineral reserves.

Those benefits may “not be readily available” to Northam which has mines located elsewhere, RMB Morgan Stanley analysts wrote in a note.

“We have noted the announcement today and we are disappointed by the unexpected turn of events and will duly consider our options,” Implats spokesman Johan Theron said by phone.

Northam, which has the option to increase the stake to 33.3%, will purchase the RBPlat holding with cash and Northam shares. Royal Bafokeng Investment Holding Co. will become a significant shareholder in Northam, said Chief Executive Officer Albertinah Kekana.

Adding Royal Bafokeng as a shareholder will also strengthen Northam’s Black economic-empowerment credentials, said Dunne. The smaller company’s assets also contain a higher concentration of platinum, relative to the other group metals that are mined together, he said.