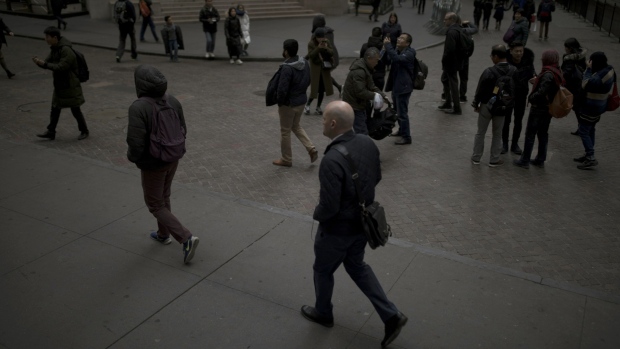 The stock market’s faithful hedge failed when investors needed it the most.

As the Dow Jones Industrial Average plunged into a bear market and the S&P 500 approached that threshold with a 4.9 per cent drop, longer-dated Treasuries were battered too, with the yield of 30-year bonds surging to 1.39 per cent from Monday’s record low of just under 0.70 per cent.

That produced a combined rout of 8.6 per cent for long-dated bonds and U.S. equities on Wednesday, measured by adding the losses on BlackRock Inc.’s long-dated Treasury exchange-traded fund and the drop in the S&P 500 -- their worst combined daily drawdown since the ETF was created in 2002. For balanced portfolios, this session was worse than any during the financial crisis.

Despite the rout in stocks, the haven bid in Treasuries gave way to a rush of selling, with traders scrambling to unload their most easily traded assets -- even the safest ones. The sell-off came as a shock in a market that’s been setting fresh record low yields in recent weeks.

The dual declines could indicate deleveraging among risk parity funds could be at hand, as well as the use of bonds as a source of liquidity for margin calls and redemptions.

“There was the hope that maybe if yields found some traction, the stock market would too, but now we’ve diverged again,” said Liz Ann Sonders, chief investment strategist at Charles Schwab. “Some of that may be when there’s forced selling. You sell what you can or sell where there’s profits. People had a heck of a lot of profits from Treasuries.”

The picture is just as bleak when it comes to inflation-protected bonds, with the US$22 billion iShares TIPS Bond ETF down 2.3 per cent, extending a three-day plunge to 7 per cent.

“This is a reflection of the panic/dislocation in nominal U.S. Treasuries,” said Mark Dow, founder of Dow Global Advisors. “Less liquid markets like TIPs and munis lag much more than usual when this happens.”