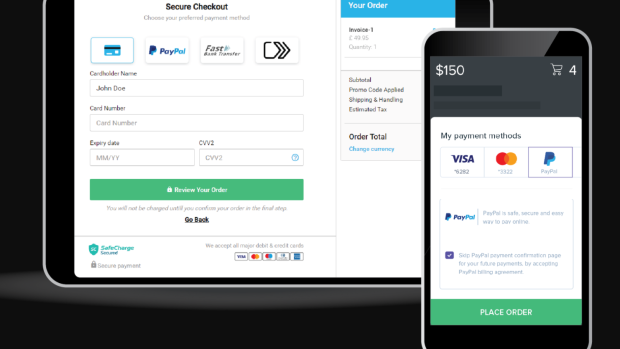 “People will find this crazy, but I was online the next morning at 6 a.m. like I am every day,” he said.

“I always like to live forward, not backward â€¦ I am more excited about what's coming than what happened.”

Despite his humble demeanour, Nuvei's founder and chief executive had plenty to be proud of.

The company he founded 17 years ago when looking for payment options for another business he was involved in made US$730 million and shareholder Novacap Management Inc. made US$75 million from offering up more than 30 million subordinate voting shares at US$26 per share last week.

Nuvei first hoped to raise US$600 million, but ended up being oversubscribed by 20 per cent and then its 14 underwriters bought more than four million shares through stock options they had.

Nuvei's goal continued to creep up as interest in the company grew, but Fayer said the company “didn't set out to be record-breaking.”

He just wanted to use the IPO to reward his 800 employees with $100,000 in stock options for their hard work and build capital for future mergers and acquisitions, which have been a cornerstone of Nuvei's strategy.

Nuvei completed its $889 million purchase of U.K.-based payments company last August and is in the process of buying Smart2Pay, a Dutch payments business.

Novacap senior partner David Lewin said he's been pleased with Nuvei's IPO and wants its current strategy to stick around.

“What I hope for is just more of the same because we have so much opportunity ahead of us â€¦ if we just continue pushing,” he said.

Lewin is keeping a careful eye on the company because of the COVID-19 pandemic, which has accelerated the shift toward e-commerce and created a buzz around tech stocks.

The pandemic has seen Shopify Inc., based in Ottawa, overtake the country's most valuable company, Royal Bank of Canada, on the TSX.

As of Aug. 31, there were 211 technology companies listed on both TSX and TSX Venture Exchange with a combined market capitalization of $289 billion.

Lewin always worries about companies he is involved in when they IPO, but interest in tech businesses and COVID-19 added new elements to the mix for Nuvei, he said.

“The business is weathering this situation very well, but nobody has a crystal ball with respect to some of the impacts that could lie ahead.”