West Texas Intermediate rose 4.1 per cent on Friday and eked out a weekly gain of 0.7 per cent after a series of tumultuous trading sessions where lowered liquidity exacerbated price moves. Diesel exports from Russia dropped in April from their prewar level as oil buyers seek to punish one of the world’s biggest suppliers. Investors have also been keeping a close eye on China as authorities in Beijing denied rumors that the city will go into lockdown even as new COVID-19 cases climbed. 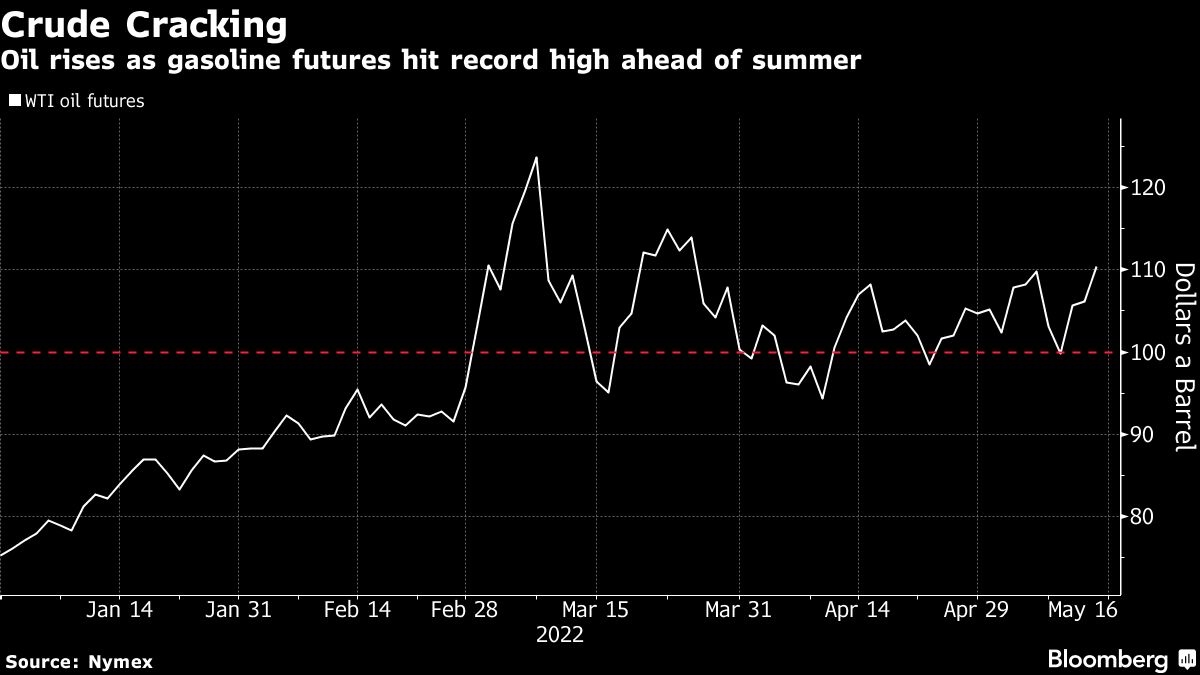 Shrinking US fuel stockpiles ahead of the summer driving season are signaling little relief for consumers. Gasoline futures in the U.S. are trading US$55 a barrel above crude, the widest gap in years. Retail prices of both gasoline and diesel also climbed to a fresh record, AAA data showed Friday. International Energy Agency said that there’s “almost universal product shortage,” in its monthly report on Thursday.

Friday also saw US gasoline futures settle at a fresh record high, signaling more pain at the pump is likely on the way for American drivers and fueling inflation concerns in the world’s largest economy.

Oil has swung sharply within a band of about US$12 this week. Although China’s virus outbreak and Russia’s war in Ukraine have contributed to choppy trading since late February, in recent days the specter of higher interest rates and rampant inflation have also weighed on risk sentiment.

The prompt timespread was US$1.80 in backwardation, compared with US$1.34 at the start of the week

Saudi Arabia’s energy minister said that a refining crunch -- rather than any shortage of crude -- is driving the surge in fuel costs to unprecedented levels. He added that the world is running out of energy capacity at all levels.

There was also a glimmer of hope on Friday in efforts to revive the Iran nuclear deal, with EU envoy Enrique Mora’s visit to Tehran going better than expected, according to the bloc’s foreign policy chief. Expectations had been fading that talks would resume.