Foreign policy will hurt Canada's oil and gas sector more than anything: Economist

Oil ended modestly higher after a choppy session as concerns over growing tight supply outweighed fears over the state of China’s economy.

Futures in New York closed 0.4 per cent higher, posting the first gain in nearly a week as traders focused on supply constraints in the U.S. Gulf of Mexico following lasting damage from Hurricane Ida. These trumped worsening financial troubles at China’s Evergrande Group, which could spill into the rest of the property sector and threaten the country’s economy.

“There are supply issues all around the market,” said John Kilduff, a partner at Again Capital LLC. 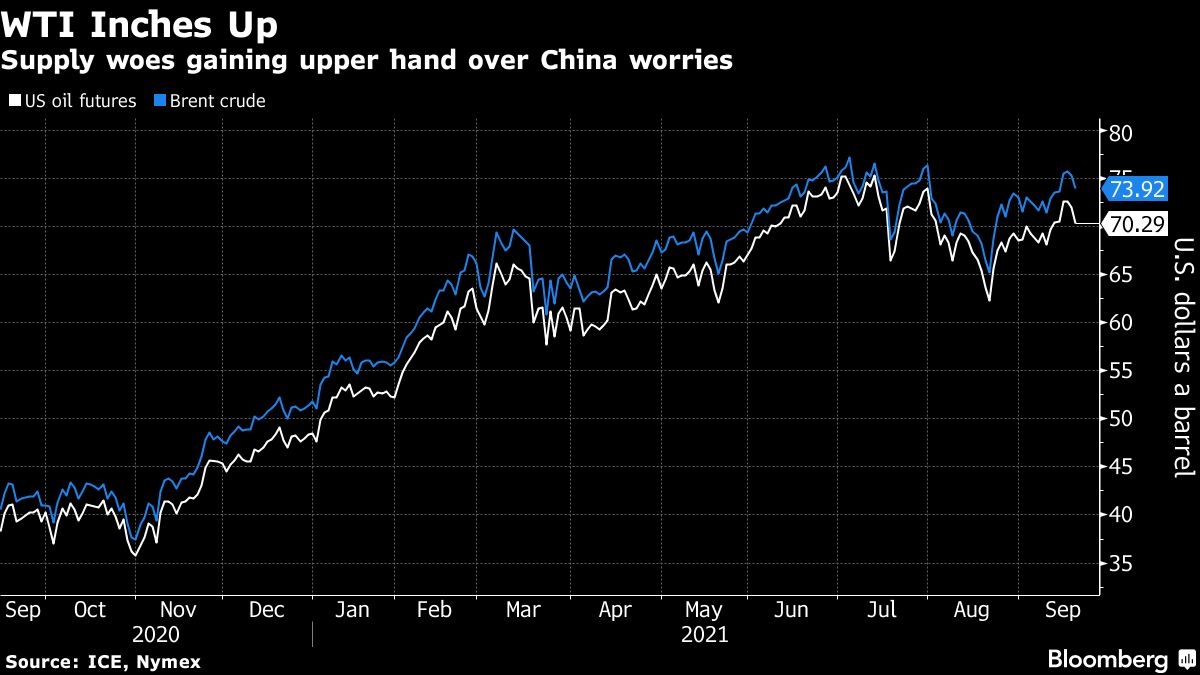 Oil has resumed its advance over the past month, in part due to a tightening of the market following lingering supply disruptions from U.S. storms. At the same time, consumption is coming into focus in anticipation that soaring natural gas prices will force a shift toward oil.

Meanwhile, the lifting of U.S. travel restrictions could add as much as 200,000 barrels a day of jet fuel demand, according to Energy Aspects Ltd.

Some of the volatility in Tuesday’s trading session may have stemmed from traders adjusting positions ahead of the expiration of Nymex October crude futures.

As the Organization of Petroleum Exporting countries continues to lift output, two key members said the group should carry on ramping up supply as planned. The alliance, led by Saudi Arabia and Russia, will meet on Oct. 4 to review the next monthly increment of 400,000 barrels a day.

Investors will also be looking toward oil inventory data from the industry-funded American Petroleum Institute for guidance on where supplies stand across the U.S. Government data will be released on Wednesday.