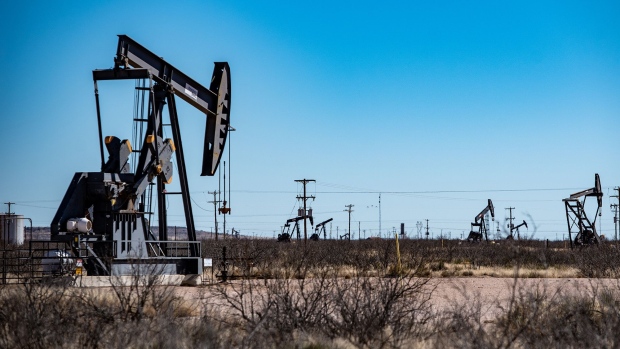 Oil held its biggest surge in more than two months as OPEC ministers gather in Vienna do discuss output cuts.

Futures were little changed in New York after jumping 4.2 per cent on Wednesday, the biggest gain since the attacks on Saudi Arabia’s energy facilities. Nigeria said OPEC is discussing the possibility of making further output cuts, while Saudi Arabia is seeking better compliance with the curbs from other producers in the group. 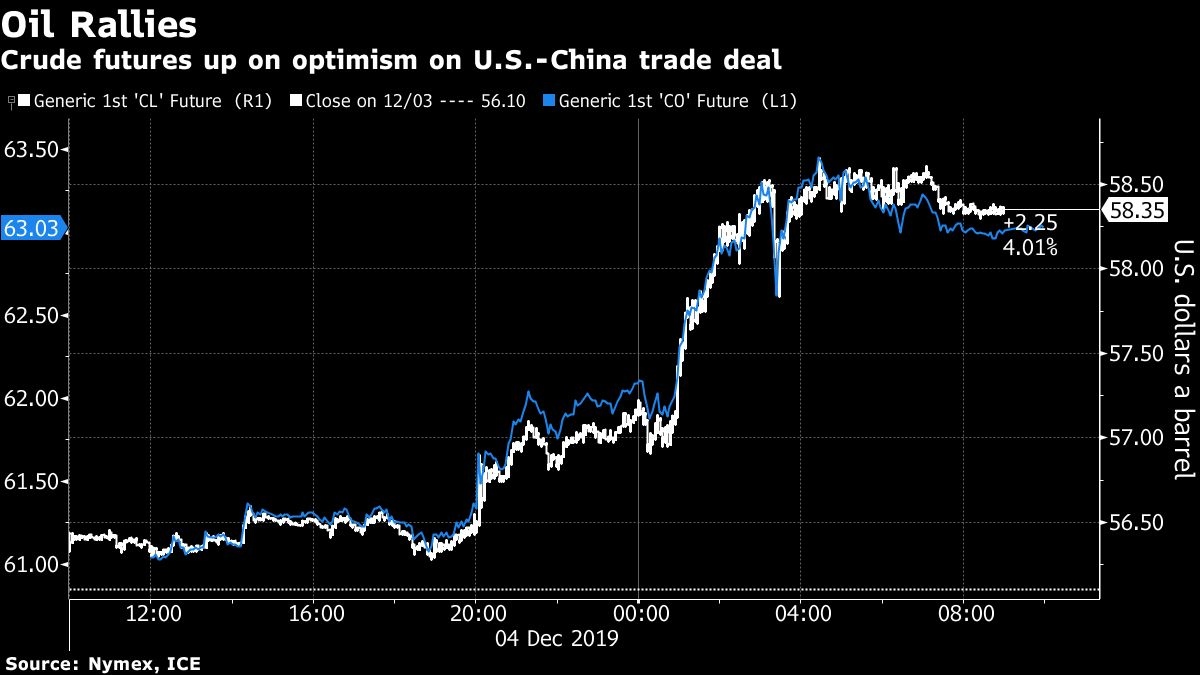 Crude rose on Wednesday as the U.S. and China moved closer to agreeing on the amount of tariffs that would be rolled back in an initial trade deal, as the trade war continues to dent global demand. While Iraq backed away from a proposal for steeper production curbs, Saudi Arabia may lead the way in deepening cuts if other countries better comply with their quotas, according to delegates from the Organization of Petroleum Exporting Countries. The precise terms of any proposed deal remain unclear, and market watchers should be cautious of any announcement.

“Our balances say OPEC don’t even need to deliver additional cuts. The crude market is incredibly tight,” Energy Aspects chief oil analyst Amrita Sen said in a Bloomberg TV interview. “The problem is the flat price hasn’t gone up, and that’s to do with fears about demand, trade wars. I don’t think OPEC can do very much to change that unfortunately.”

West Texas Intermediate for January delivery was down 6 cents at US$58.37 a barrel on the New York Mercantile Exchange as of 10:32 a.m. in London. Brent for February settlement added 18 cents to US$63.18 a barrel on the London-based ICE Futures Europe Exchange. The global benchmark crude traded at a US$4.87 premium to WTI for the same month.

The OPEC meeting in Vienna will be the first since Saudi Oil Minister Prince Abdulaziz bin Salman took the top job, and he offered little clarity when he arrived on Wednesday. United Arab Emirates Energy Minister Suhail Al Mazrouei wouldn’t confirm which proposals will be discussed.

--With assistance from James Thornhill