West Texas Intermediate futures rose 3.3 per cent to settle above US$85 a barrel. In a speech on Wednesday, Biden confirmed the U.S. is releasing 15 million barrels from the nation’s strategic reserve but didn’t announce any other steps that might pull back prices, such as plans to curb fuel exports.

“The change in tone is subtle but not missed by the market,” said Rebecca Babin, a senior energy trader at CIBC Private Wealth Management. “Biden did not ban product exports which was something many in the market have been worried about.”

Prices have traded within a narrow band since late-September amid fluctuating risk sentiment in broader markets. The mixed picture is evident in the futures curve: While key timespreads are indicating supply restraints, several gauges have softened to the weakest levels since late September. 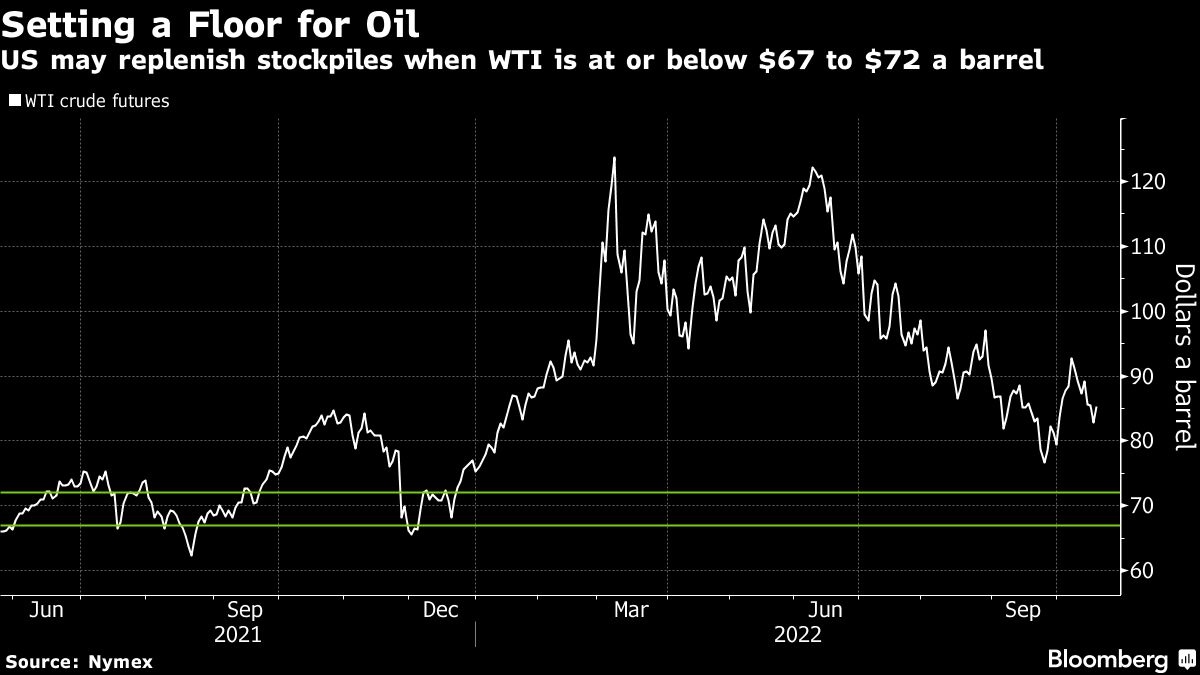 For now, the market is caught between bullish OPEC+ production cuts and a major slowdown in global growth that’s weighed on prices. Meanwhile, forthcoming European Union sanctions on Russian oil exports could send shockwaves through the global tanker market, and have already caused some Indian refiners to halt spot purchases before the latest sanctions take effect early December.

“Liquidity and risk deployment is low and investor positioning has been subdued,” RBC Capital Markets analysts including Michael Tran and Helima Croft said in a note to clients. “Global inventories remain tight, but the global macro backdrop is arguably the weakest in a decade.”