Traders are focused on the tight oil supply outlook: Strategist

Oil rose for a second day as a bullish U.S. stockpile report blunted concerns over the potential effects of an economic slowdown.

West Texas Intermediate rallied above US$90 a barrel after this week’s Energy Information Administration report offset concerns over a potential recession wrecking the oil market. Geopolitical tremors accelerated the rally as Ukrainian President Volodymyr Zelenskiy said he sees no end to the war without troop withdrawals during a meeting with Turkey’s President Recep Tayyip Erdogan.

The EIA report surprised markets by signaling “the fundamentals may not be as negative to crude as thought just a week ago,” said Dennis Kissler, senior vice president of trading at BOK Financial. “However, traders are still worried about the overall economic outlook going forward, it’s keeping a very nervous trade to the futures market.” 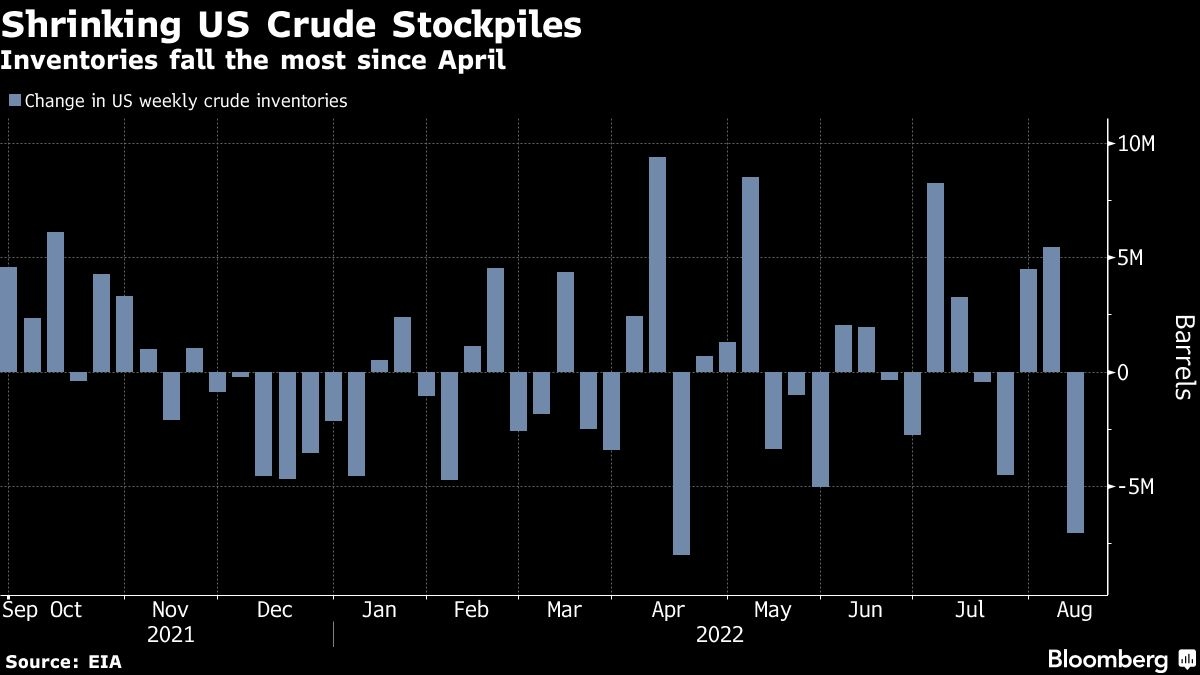 Prices are fluctuating partially because of declining market liquidity. Aggregate open interest over WTI contracts yesterday was the lowest since January 2015 at 1.54 million contracts.

Crude is trading near the lowest level in more than six months after giving up the gains made since Russia’s invasion of Ukraine on fears of a global economic slowdown. Prices were even more hampered by the potential of a renewed Iran nuclear deal. The deal could bring back hundreds of thousands of barrels of Iranian crude could come back online per day once a deal is signed, bringing relief to a market starved for crude.

European markets, which have been stretched due to the displacement of Russian barrels, will suffer additional tightness as Shell cuts its production at the biggest German refinery. The Rhineland oil refinery capacity was reduced due to low Rhine water levels.

U.S. crude exports reached 5 million barrels a day last week, surpassing a high set barely a month ago, EIA data show. The four-week average of gasoline supplied -- a proxy for demand -- rose to about 9.1 million barrels a day, coinciding with the longest streak of declines in pump prices since 2018.