Oil rose in choppy trading as investors weighed the odds that the White House will intervene to cool rising energy prices.

Futures in New York climbed 0.3 per cent after swinging between gains and losses on Thursday. U.S. President Joe Biden is facing growing pressure, including from his own party, to address rising prices as gains in consumer costs hit the fastest pace in decades. His options include tapping the Strategic Petroleum Reserve or even banning oil exports.

“Where we are at this point is prices have risen because demand is rising and so you need a more permanent supply response,” said Rob Haworth, senior investment strategist at U.S. Bank Wealth Management.

Meanwhile, inventories at Cushing, Oklahoma, the delivery point for benchmark U.S. crude futures, fell by about 36,000 barrels Nov. 5-9, according to traders citing data from Wood Mackenzie on Thursday. 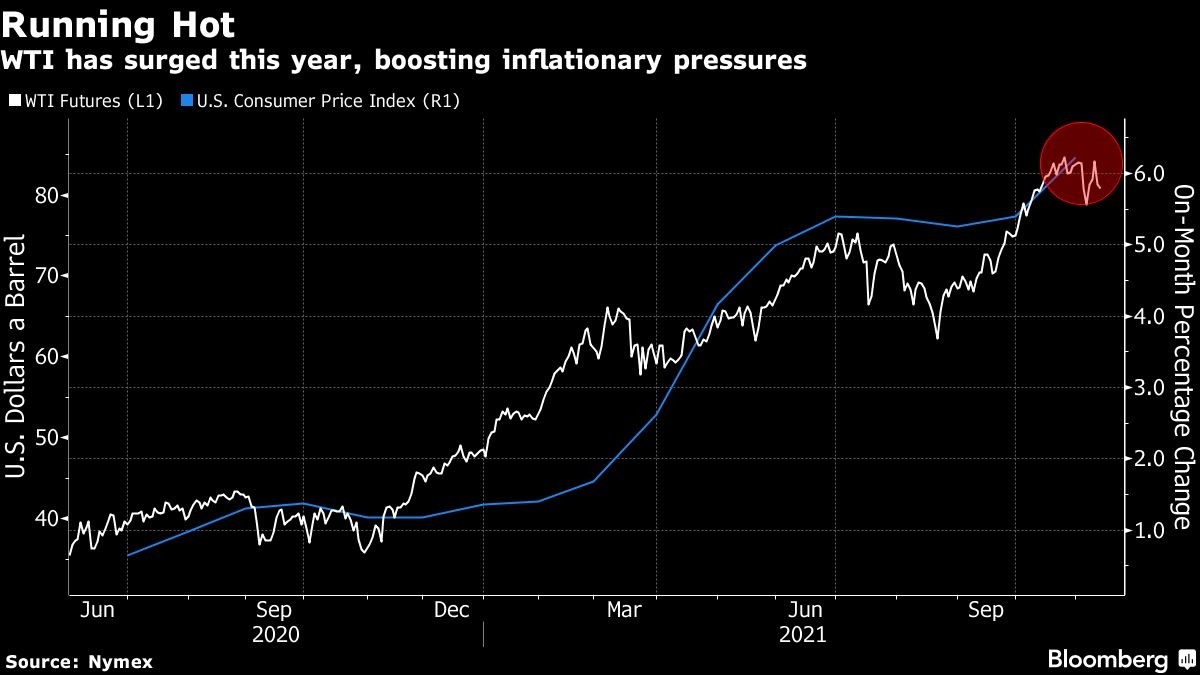 Oil prices have soared as the global economic recovery from the pandemic boosts demand. Rising prices prompted the Biden Administration to weigh the merits of an emergency crude release. As much as 60 million barrels could be released from the SPR, in part by bringing forward mandated sales from 2022, according to Citigroup Inc. That would be enough to wipe out the supply deficit the Energy Information Administration has forecast for the rest of this year.

With the market keenly watching for potential U.S. steps, trading has been highly volatile. One closely monitored market gauge -- the spread between the nearest two December contracts -- has swung by more than a dollar in four of the past six trading sessions, when it would generally move a few cents.