Oil rallied as Russian President Vladimir Putin vowed to continue the invasion of Ukraine and China partially eased COVID-related restrictions, allaying some of the demand concerns that had weighed on prices.

West Texas Intermediate jumped 6.7 per cent to settle above US$100 a barrel, recouping losses from the previous week, as volatility rose. Shanghai has eased lockdowns for some housing complexes, but most people remained confined to their homes. Authorities have indicated they will reimpose restrictions if virus cases climb. Meanwhile, the Russian president said peace talks with Ukraine are “at a dead end.”

“The crude correction appears to be over as China begins to lift some of their lockdowns,” said Ed Moya, senior market analyst at Oanda. “The energy market has now mostly priced in the coordinated strategic petroleum release and probably was overly pessimistic on how far China would stick to their strict lockdown and isolation measures.” 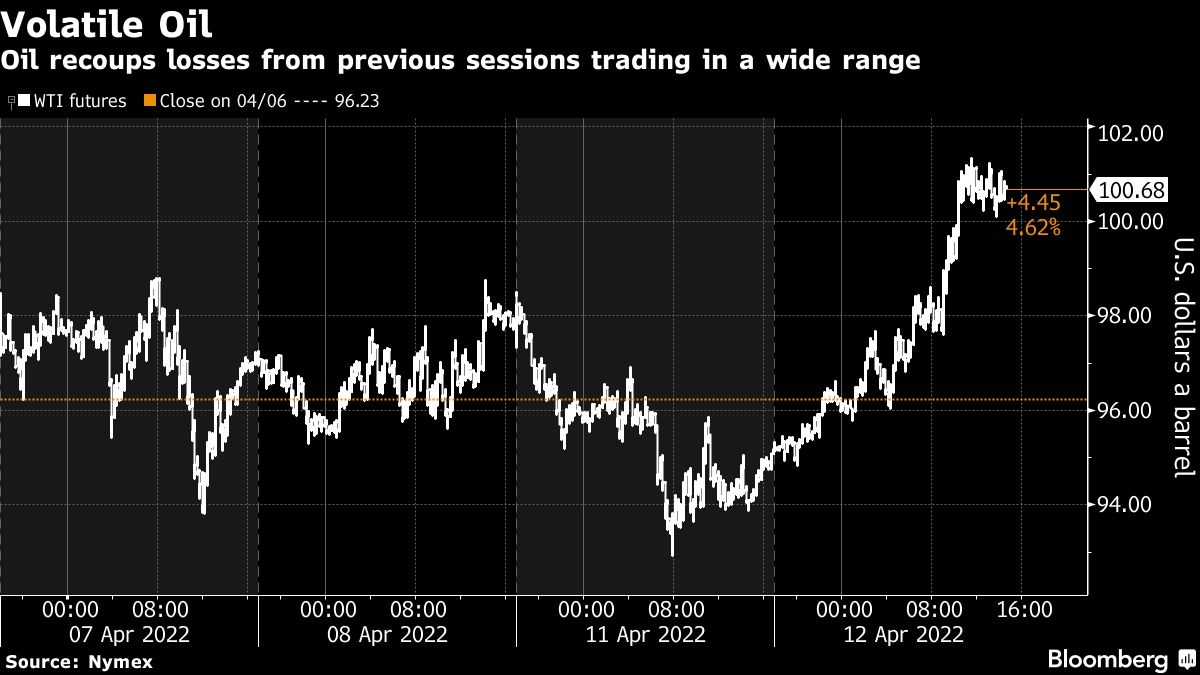 Even with the recent gains, the oil market’s structure has softened markedly in recent weeks. Concerns over supply have eased with some Russian barrels finding their way into the market. U.S. crude for immediate delivery this week sank to trade just 30 cents above the next month, after trading as high as US$5.26 a barrel last month. A planned release of emergency reserves and China’s demand worries have helped calm prices, and pressured differentials for supplies from the Middle East to West Africa.

The oil market has seen a tumultuous period of trading since late February, moving in a range of more than US$5 for the majority of sessions. The spike in volatility spurred a liquidity crunch as exchanges hiked their margin requirements, though some of that move is now reversing with CME Group Inc. cutting margins for WTI by almost 8 per cent.