A banner year for tech-related initial public offerings is poised to go out on a sour note as returns dwindle in a surge of stock market volatility that’s prompted a flight to quality among investors.

More than 130 technology IPOs raised more than US$60 billion in the U.S. this year, record hauls for both metrics, according to data compiled by Bloomberg. They comprised about one-third of the entire IPO market, excluding special purpose acquisition companies and direct listings. Recent trading returns, however, have been lackluster.

While behemoths like Apple Inc. are on a record-setting spree, many newly listed tech entrants are still lagging. Software IPOs in particular have been pummeled amid broader concerns that higher interest rates will put pressure on the group’s lofty valuations. 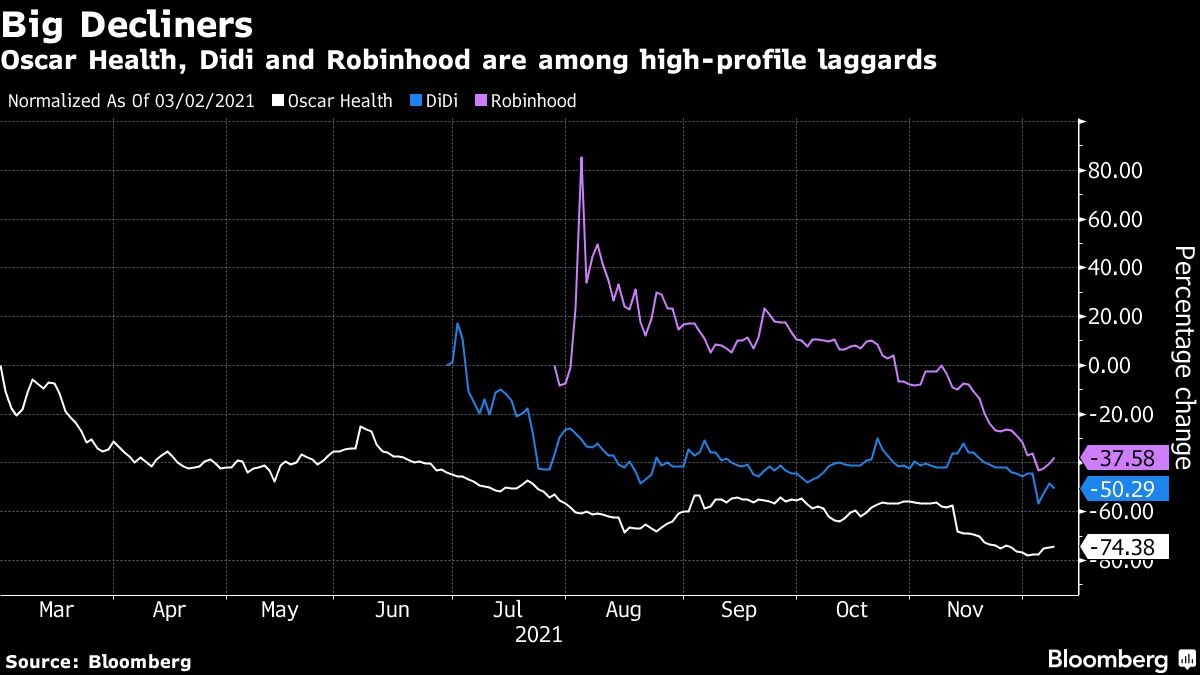 This year’s software IPOs surged by an average of 23 per cent during their first month of trading, according to data compiled by Bloomberg. All of that rally has been erased after new listings took the brunt of the past week’s wild market swings.

Take Vian Technology Inc., for example. The maker of advertising software surged 75 per cent in its first month of trading, but has now fallen about 60 per cent below the offering price.

Three of the past four software debuts have fallen 30 per cent or more from their offering prices, based on Wednesday’s closing price. Grab Holdings Ltd. is also trading down since it went public by merging with a special purpose acquisition company at the beginning of the month.

If not reversed, the weakness may threaten appetite for IPOs during the final weeks of December and at the start of 2022, Bloomberg Intelligence analyst Alison Williams wrote in a note.

Didi Global Inc.’s IPO ranks among the year’s biggest flops. The value of the ride-hailing giant’s shares have been sliced in half since its June offering amid regulatory pressure in China that prompted an announcement from Didi last week that it plans to delist from the New York Stock Exchange.

Robinhood Markets Inc., the brokerage that became synonymous with the rise in retail trading last year, has fallen 40 per cent amid slowing growth. Health-care platform Oscar Health Inc. has lost nearly three-quarters of its value since its March offering.

Of course, there have been plenty of big winners. Roblox Corp., the owner of a popular video-game platform, has soared 178 per cent since it began trading in March as users continue to surge. Fintech company Affirm Holdings, which offers buy-now, pay-later programs for shoppers, has rallied more than 150 per cent since its January debut.

Having little to show for revenue hasn’t stopped young electric-vehicle makers from rallying. Rivian Automotive Inc., whose IPO last month was the biggest of the year, has gained 51%. Lucid Group Inc., which began trading in July after merging with a blank-check company, is up about 70% since then.

With Apple approaching the US$3 trillion market value landmark, investors have a reason to be nervous. When the stock broke through both the US$1 trillion and US$2 trillion thresholds for the first time, it was followed by a fall. After reaching the first trillion, the shares corrected 40 per cent, while a 20 per cent drop came soon after the second trillion was breached. 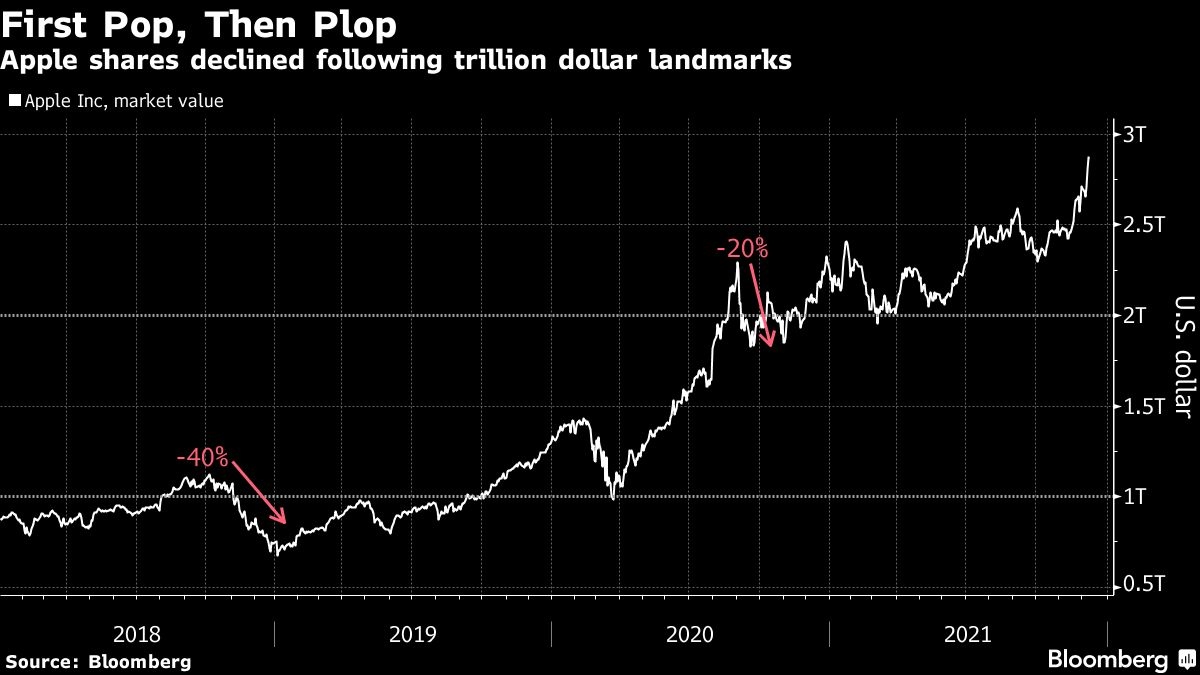