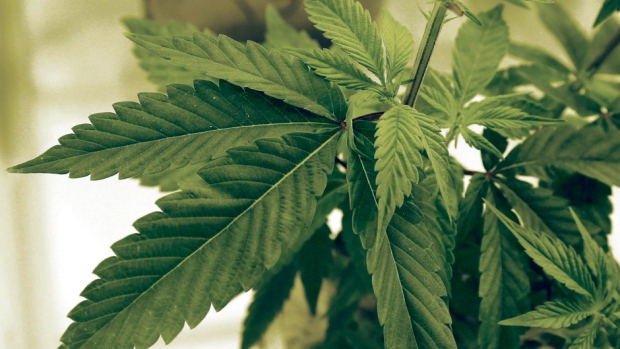 TORONTO -- Ontario's real estate agents want stronger rules to protect home buyers against purchasing a former marijuana grow-op -- a situation it says will increase once cannabis is legalized this year.

The Ontario Real Estate Association, which represents the province's 70,000 realtors, has proposed a series of changes it says can act as a "regulatory shield" and protect home buyers from health and safety risks linked to grow-ops. The group's president, David Reid, said Monday that growing pot indoors requires high temperatures and humidity which can create dangerous conditions that are hard for home buyers to detect.

"Former cannabis grow operations, even on a small scale, can pose significant health and safety issues for unsuspecting home buyers," Reid said. "These risks are often masked by owners of existing grow operations when the property is sold, making it very difficult for home buyers and realtors to detect problems like mould and fungus."

Reid said in Denver, Colorado -- where marijuana has been legal since 2014 -- police estimate one home in 10 grows pot inside.

"Make no bones about it, as of this summer more Ontarians are going to be growing legal pot at home," he said. "Realtors would support a full ban on the home cultivation of marijuana, however we don't expect the government of Ontario to take that step with legalization of recreational marijuana on the horizon."

The group is instead asking the Ontario government to restrict the number of plants a home owner can grow in a condo or apartment unit 1,000 square feet or smaller to one plant, down from four.

Reid said the group would like home inspectors to receive training on how to spot the signs of a former marijuana grow operation.

"As a realtor, it's unsettling not always being able to inform buyers that a home they're considering was once a marijuana grow op," he said.

The association also wants to ensure all illegal cannabis operations are inspected by a building inspector, and it wants all municipalities to be required to register remediation work completed on a property. Once a home has been properly remediated, it can be removed from the list, Reid said.

The federal government introduced legislation in April 2017 with a goal of legalizing and regulating the use of recreational pot, but left it up to individual provinces to design their own distribution system and usage regulations.

Ontario was the first province to announce a detailed plan to sell and distribute recreational cannabis, and will set the legal age to purchase it at 19.

The province plans to set up approximately 150 standalone cannabis stores by 2020. The first wave of 40 stores will open in July, with that number rising to 80 by July 2019.

Consumption of legal weed will not be allowed in public spaces or workplaces and should be confined to private residences, the province has said.