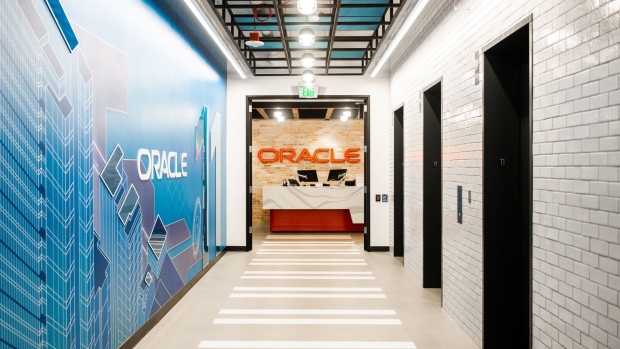 Revenue gained less than 1 per cent to US$9.61 billion in the period that ended Nov. 30, the Redwood City, California-based company said Thursday in a statement. Analysts, on average, projected US$9.65 billion, according to data compiled by Bloomberg. Profit, excluding certain items, was 90 U.S. cents a share, compared with analysts’ average estimate of 88 cents U.S.

The world’s second-largest software maker is reporting results for the first time since the October death of Mark Hurd, its top sales executive and one of the company’s two chief executive officers with Safra Catz. Catz, now sole CEO, and Chairman Larry Ellison have sought to foster stability, emphasizing Oracle’s advantageous position in the market for financial planning applications, where the company is seeing some of its strongest sales growth.

Oracle has made little headway in its effort to compete with the biggest cloud companies to rent computing power and storage. Still, it remains a leader in database software. Now, Oracle is betting on its new Autonomous Database, which runs without a need for human administrators, to spur revenue in the face of strong competition from Amazon.com Inc.’s cloud division.

After little sustained sales growth the past five years, Catz pledged to investors in September that revenue would accelerate this fiscal year and next, and that earnings-per-share would grow by a double-digit percentage. To help reach that goal, the company that month announced a new artificial intelligence-driven operating system, as well as partnerships with software makers such as VMware Inc. and Box Inc.

Oracle’s shares declined 2 per cent in extended trading after closing at US$56.47 Thursday in New York. The stock has gained 25 per cent this year.

In the fiscal second quarter, cloud license and on-premise license sales decreased 7.5 per cent to US$1.13 billion, suggesting the company is signing fewer new deals.

Revenue from cloud services and license support climbed 2.6 per cent to US$6.8 billion in the period, Oracle said. While that metric includes sales from hosting customers’ data on the cloud, a large portion is generated by maintenance fees for traditional software housed on clients’ corporate servers.