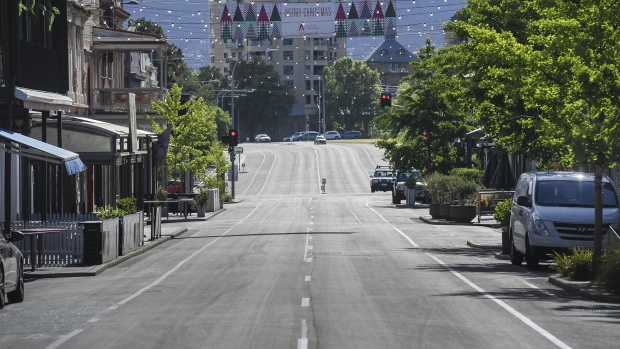 South Australia began one of the world’s toughest lockdowns Thursday with even outdoor exercise and dog-walking banned as the state tries to contain a cluster of Covid-19 infections.

For six days, only one person from a household will be allowed to leave home each day, and only for essential reasons, authorities said. Schools, universities, cafes and restaurants are closed, weddings and funerals are banned and mask-wearing is mandatory.

“We want to go hard, go early, but get out of it as quickly as we can,” State Premier Steven Marshall said of the measures.

Twenty-three people in the state capital Adelaide have been infected after a cleaner at a hotel used to quarantine people arriving from overseas was exposed to the virus, and health authorities say the “circuit breaker” measures are necessary to avoid a wider outbreak.

Christmas carols ring out across a very empty Rundle Mall on day one of lockdown. @abcadelaide @BreakfastNews pic.twitter.com/K0X91WaXSE

Marshall said the strain of the virus that’s circulating is “nasty” as many of those infected are not showing any symptoms. He said it was highly likely to be transmitted from surfaces and that the incubation period was as low as 24 hours.

“It’s a real worry, especially because people who become infected are not showing the typical symptoms that we are used to,” he said.

The state of 1.7 million people, who are spread out over a landmass five times the size of the U.K., had largely eradicated community transmission of the virus after a nationwide lockdown earlier this year.

The cluster, and a more severe outbreak in neighboring Victoria state that triggered a three-month lockdown in the city of Melbourne, show that ongoing vigilance is required to control the virus -- even in a nation that has been spared the scale of infections and deaths experienced in Europe and the U.S.

Victoria is proof that hard lockdowns do work. The state, which saw a daily peak of around 700 infections in August, has now gone 20 days without new cases.