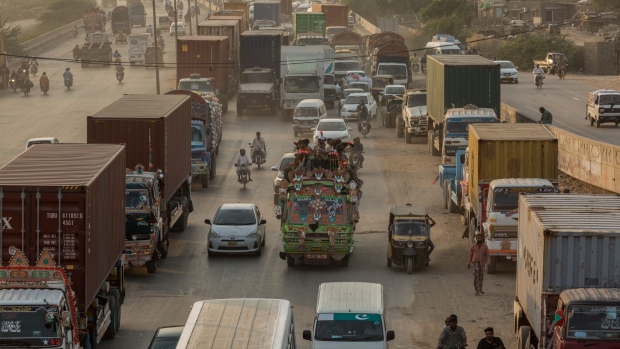 Vehicles move along a road in Karachi, Pakistan, on Friday, Oct. 16, 2020. Karachi ranks as having the worst public transport system globally, according to a 2019 study by car-parts company Mister Auto that looked at 100 major cities. , Bloomberg

An IMF team due to visit Islamabad in October has yet to arrive, as fund officials await signs that Pakistan is willing to take further steps to reduce its fiscal deficit, the report said, citing one of the people.

Pakistan, which was granted the $6 billion IMF bailout last year after an economic crisis, was forced to seek further debt relief and another loan this year to fight the fallout of the coronavirus pandemic.

Pakistan was set to resume talks by the end of this month, but there has been no confirmation from the IMF, the newspaper reported, citing one of the people.