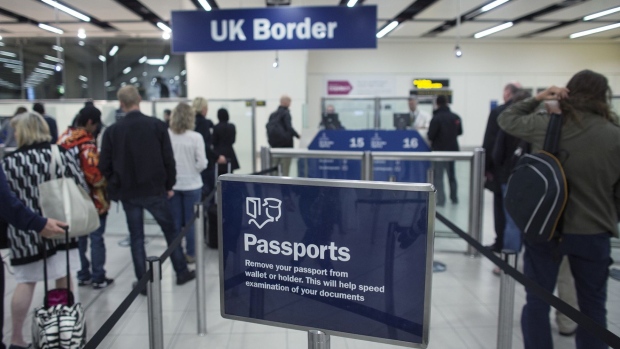 (Bloomberg) -- Border officials at London Heathrow and Gatwick airports will strike over Christmas in the latest bout of industrial action to threaten travel chaos during the festive period.

Workers in passport booths will walk out on Dec. 23-25 and Dec. 28-31 in a dispute over pay, the Public and Commercial Services union said Wednesday.

The strikes also affect other airports — Manchester, Birmingham, Cardiff and Glasgow — as well as the port of Newhaven. Rail unions have already announced a wave of strikes scheduled for this month and January, including one over the Christmas period.

“Our members are struggling with the cost-of-living crisis,” said PCS boss Mark Serwotka. “They are desperate.”

--With assistance from Eamon Akil Farhat.