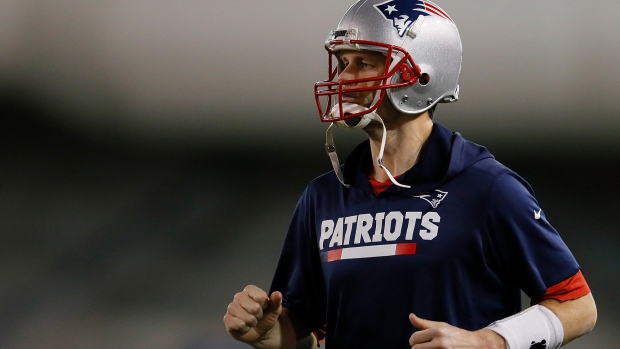 (Bloomberg) -- Americans will soon have even more reason to despise the country’s most-hated National Football League team if Wells Fargo quants are right.

The New England Patriots will win their sixth Super Bowl on Sunday –- and the margin of victory will be at least a field goal (three points), the asset manager’s Analytics Investors LLC predicts. That won’t make them many friends in the neighborhood: the department is based in Los Angeles.

“Storylines abound, but at the end of the day, the numbers don’t lie,’’ according to the mathematical- and statistical-focused analysts.

The match-up pits New England against the Los Angeles Rams in Atlanta; these were only two teams favored in every single regular season game. But throughout the year, bets on New England to cover the spread -- that is, win by more points than they were expected to -– generated a negative return of 5.5 percent. Meanwhile, bets on the Rams to beat the spread returned a little less than 10 percent this year. Analytics Investors call this measure “NFL Alpha.”

Fans of the NFL -- and the Kansas City Chiefs in particular -- might disagree with the assertion that the Patriots are due for some luck, but that’s exactly what the quants are banking on. The thinking here is that the team that’s done worse against the odds during the regular season will enjoy mean-reversion in the big game.

“This marks only the second time in the history of our predictions that our pick is a team with a negative alpha,’’ the authors write, noting that the other such call was for the Arizona Cardinals to lose by less than a touchdown in 2009. “Here’s hoping history repeats itself.”

Man against machine isn’t just an apt descriptor of the quarterback matchup of Jared Goff versus Tom Brady, but also what’s at stake for the quants. A separate machine-learning prediction generated by the team –- whose accuracy is derided as “Blake Bortles-like” -- picked the Rams.

The quants don’t have fond memories of New England’s legendary second-half comeback against the Atlanta Falcons in 2017 or the “Philly Special” that felled Brady and coach Bill Belichick the next year. That’s because while Analytic has an enviable 10 out of 15 record versus the spread for its Super Bowl picks, the quants are also looking to snap a two-year losing streak. So those who like to cheer for the Rams or against the Patriots can take heart.

“Considering that we are 0-4 in Super Bowls involving New England this decade, is it time for us to add a ‘Patriot factor’ into our model?’’ the authors wonder.

In any event, if you wanted a surefire Super Bowl wager, you should have bet on higher chicken wing prices.

To contact the reporter on this story: Luke Kawa in New York at lkawa@bloomberg.net