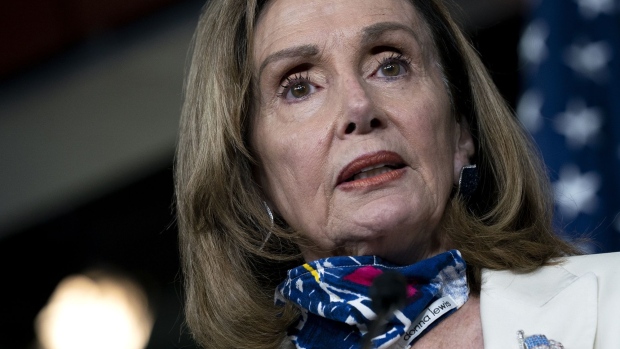 U.S. House Speaker Nancy Pelosi, a Democrat from California, speaks during a news conference at the U.S. Capitol in Washington, D.C., U.S., on Thursday, Oct. 1, 2020. Pelosi told top Democrats Thursday that she’s skeptical of getting a deal for a new economic stimulus in negotiations with Treasury Secretary Steven Mnuchin, according to two House Democratic officials. , Bloomberg

Pelosi joins a growing chorus of lawmakers in Washington and Albany seeking Cuomo’s ouster. The third-term governor has defied calls, insisting he did nothing inappropriate.

“Recognizing his love of New York and the respect for the office he holds, I call upon the Governor to resign,” Pelosi said in a statement.

The attorney general’s report was referred to the state Assembly, which is deciding whether to pursue impeachment proceedings.

The state’s U.S. senators, Majority Leader Chuck Schumer and Kirsten Gillibrand, reiterated in a joint statement, “We continue to believe that the governor should resign.”