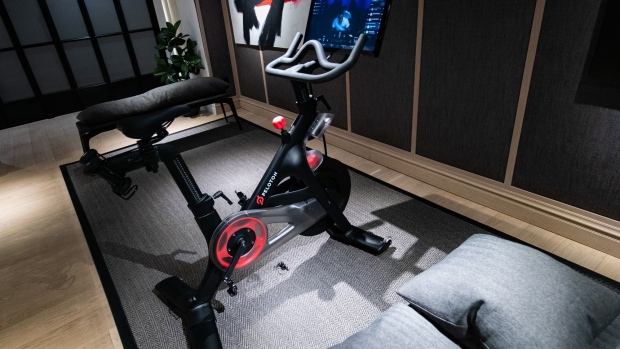 (Bloomberg) -- Peloton Interactive Inc., whose popularity with home exercisers has resulted in a blitzkrieg of legal battles from its rivals, got one of the patent suits against it dismissed Wednesday.

A federal judge in Texas threw out an infringement suit filed against Peloton after ruling that Mad Dogg Athletics Inc. couldn’t show its two patents covered anything more than the abstract idea of a display to provide instructions to riders of stationary bikes when they couldn’t attend a class.

While sales of Peloton’s $2,000-plus stationary bicycles have soared during the coronavirus pandemic, the New York-based company has been hit with patent-infringement suits from competitors including NordicTrack maker Icon Health & Fitness Inc. that accuse it of copying their technology. Even streaming company Dish Network Corp. has filed a complaint, seeking to block imports of the Peloton bikes.

Compared with those companies, the suit by Mad Dogg, a relatively small player based in Venice, California, wasn’t at the top of Peloton’s legal problems. Still, Peloton has been aggressive in its counterattacks.

It filed petitions seeking to cancel trademarks for use of the word “spinning” that Mad Dogg has held for decades, arguing that it is now generic for any exercise class involving a stationary bike. A hearing is likely next year.

“We are thrilled that the court granted our motion to dismiss Mad Dogg’s case against Peloton in full and closed the case,” said Peloton’s lead attorney in the case, Steve Feldman of Latham & Watkins.

An outside spokeswoman for Mad Dogg said neither company officials nor its lawyers were available to comment on the ruling.

U.S. District Judge Rodney Gilstrap in Marshall, Texas, said Mad Dogg could try again to file the suit but “there is a clear absence of factual allegations to support the eligibility of the patents-in-suit.”

Closely held Mad Dogg filed the suit in December, claiming it was entitled to an unspecified amount of royalties from Peloton. Officials with the company had no immediate comment.