I would like to see politics and central banks stay apart: Strategist on Poilievre's attack on BoC

The leading candidate to challenge Justin Trudeau in Canada’s next election said he would fire the governor of the country’s central bank if he was elected prime minister.

Pierre Poilievre, a 42-year-old firebrand seeking the leadership of the main opposition Conservative Party, has had the Bank of Canada’s governor in his cross-hairs for the past two years. The Ottawa lawmaker accuses Tiff Macklem of being an “ATM” for Trudeau’s deficit spending and of fueling inflation that’s now running at a three-decade high in the northern nation.

“I would replace him with a new governor who would reinstate our low-inflation mandate, protect the purchasing power of our dollar, and honor the working people who earned those dollars,” Poilievre said during a leadership debate Wednesday night in Edmonton, Alberta, to much applause from the audience.

Poilievre added that those who caused soaring post-pandemic inflation rate must be “held accountable.”

“It’s not the bank’s role to comment on political debates,” Paul Badertscher told reporters Thursday. “Governor Macklem was appointed by the bank’s board of directors, with the approval of the governor in council, for a seven-year period. His term runs until June of 2027.” 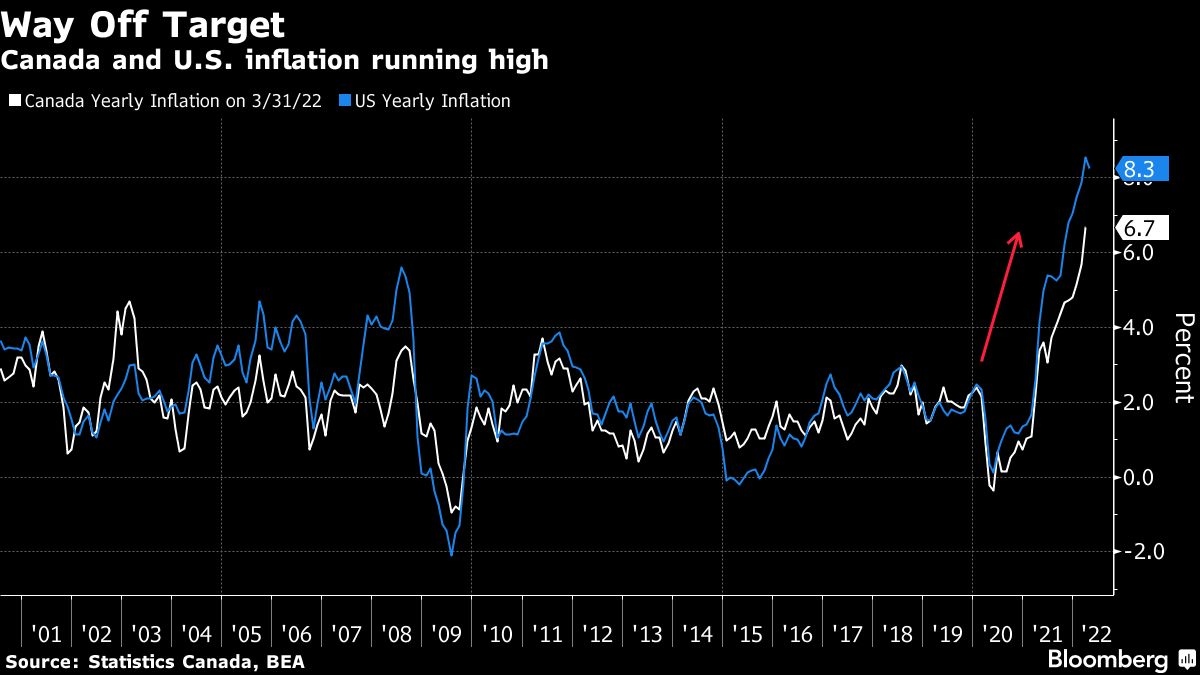 At a campaign policy announcement last month in front of the monetary authority’s Ottawa headquarters, Poilievre said he would increase parliamentary oversight of the central bank and halt its efforts to develop a digital currency.

The Conservatives are set to elect a new leader in September, though Trudeau’s recent power-sharing deal with a left-wing opposition party means the victor likely won’t get a chance to unseat the Liberals until 2025.

The Bank of Canada has recently embarked on what’s expected to be one of the most aggressive tightening cycles since the end of last century. Soaring inflation prompted policymakers to quickly lift borrowing costs from pandemic-era emergency lows in March, followed up by a rare 50-basis point increase in April -- forceful moves meant to quell price pressures.

Markets expect another jumbo-sized rate hike on June 1 and are betting the policy interest rate will rise to 3 per cent over the next 12 months.