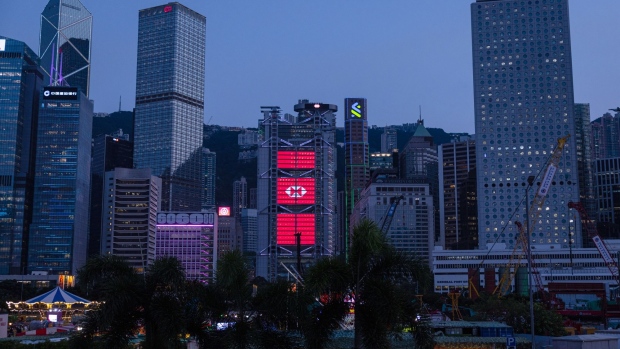 (Bloomberg) -- Ping An Insurance Group Co. isn’t convinced by HSBC Holdings Plc’s case against a proposed spinoff of its Asia operations, arguing the lender is in need of urgent and radical change, according to a person familiar with its views.

The insurer estimates a spinoff would generate additional market value of $25 billion to $35 billion, release $8 billion in capital requirements, and save on headquarter and infrastructure costs, the person said. It believes that HSBC has only emphasized the downsides and challenges of spinning off the business.

The Chinese firm’s position underlines the continuing gulf between HSBC and its largest shareholder. It indicates that Ping An is unlikely to relent in its campaign for change, heralding months more uncertainty and turmoil for Europe’s largest lender.

Ping An also argues that as HSBC Holdings Plc will remain a major shareholder of HSBC Asia, both parties will continue to benefit from a global network, the person said. The insurer’s view is that the cross-border wholesale banking revenues that HSBC says are at risk from any split includes significant intra-Asia business, which wouldn’t be affected by a spin off.

Many of its calculations have already appeared in a June 8 report by In Toto Consulting Ltd., which said the analysis was commissioned by “an independent third party.” Other analysts have generally questioned the benefits of a split, citing issues like the likely complexity and costs involved.

Chairman Mark Tucker and Chief Executive Officer Noel Quinn last week said the Chinese insurer’s Asian carve-out plan was unworkable and posed a major risk to the London-headquartered company. It would also put Hong Kong’s place as a global financial center at risk, with a break up of HSBC potentially having a “negative impact” on the former British colony, Quinn warned.

HSBC set out 14 reasons why changing the bank’s structure was a bad idea, ranging from the length of time it would take - the bank reckons as long as five years - to the loss of direct access to US dollars.

The bank has also brought in advisers from Goldman Sachs Group Inc. and Robey Warshaw to advise on its options as it tries to rebuff Ping An’s campaign.

Ping An’s call to split up Europe’s biggest bank has won some support among Hong Kong’s retail investor base, which owns about a third of the bank. Some see it as a surefire way of preventing a steady stream of payouts from being cut off as it was during the height of the pandemic.

A testy meeting on Aug. 2 with Hong Kong shareholders featured protests outside the meeting, calling on the bank to agree to a spinoff.