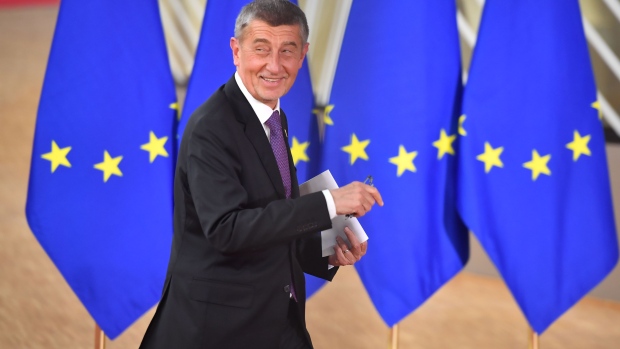 The Czech Republic may consider reducing a planned “digital tax” against technology companies that in its current format is expected to be the highest in Europe.

Prime Minister Andrej Babis is backing a French-led push for a European Union-wide levy on revenue for companies including Google, Facebook, Amazon and Apple. While a proposal was shelved a year ago after it failed to receive unanimous support in the bloc, a handful of countries have imposed their own versions or plan to do so in the next year.

The U.S. has threatened to retaliate, saying that it unfairly targets American tech companies. Its ambassador to Prague sent letters to members of the Czech parliament’s budgetary committee calling the tax “discriminatory” and the proposed level of 7% on local revenue as “extraordinarily high.” Now the government will discuss reducing the amount to 5%, Finance Minister Alena Schillerova said.

“I asked the prime minister to schedule a debate at the coalition council about a potential change of the rate from the current 7% to 5%,” Schillerova said in an interview this week. Postponing the date when the tax comes into effect is also an option, she said.

The parliamentary committee is slated to resume a debate on the proposal on March 18. Austria, Turkey and Italy plan to impose their own taxes as soon as next month.

The Czech version, which is aimed at companies with global revenue of over 750 million euros ($810 million), is designed to ensure large companies aren’t able to funnel local earnings through other jurisdictions to avoid paying local taxes.

That’s a fraction of the income recorded and taxes paid by the U.S. companies’ local competitors, which include search engine and online media group Seznam.cz and internet retailer Alza.cz.

Stephen King, the U.S. ambassador to Prague, wrote a newspaper opinion piece in January, saying Washington may respond with proportional countermeasures if the tax goes through. Schillerova, however, said the Czech side hasn’t received any official notifications from the U.S.

“We’re aware of the risks linked with this, but we’re not the only ones,” Schillerova said.

--With assistance from Krystof Chamonikolas.

To contact the reporter on this story: Lenka Ponikelska in Prague at lponikelska1@bloomberg.net