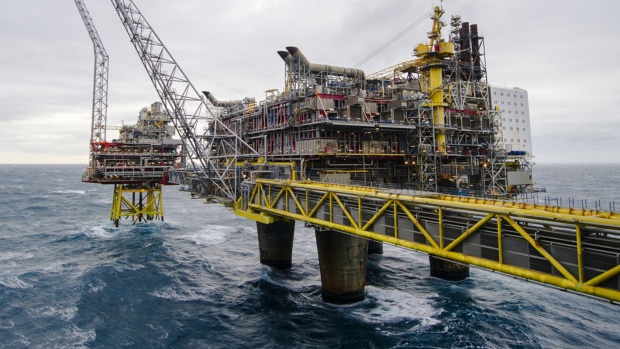 Morawiecki, answering a question about his government’s energy policy Sunday at a meeting of a youth group, said coal-reliant Poland plans to switch to renewables and nuclear energy, while shedding oil and gas deliveries from Russia and at some point from “Arab” countries as well.

“But should we be paying Norway gigantic money for gas -- four or five times more than we paid a year ago? This is sick,” he said. “They should share these excess profits. It’s not normal, it’s unjust. This is an indirect preying on the war started by Putin.”

Poland will later this year complete a gas pipeline from Norway that’s set to help it replace the supply of the fuel from Russia -- cut last month following Poland’s refusal to pay in rubles.

The country sees its gas needs rising by about 50% over the current decade as its utilities build new power plants in place of aging coal-fired units. The deal with Norway and Denmark to build the link from the North Sea was crucial for the Polish ruling Law & Justice party’s policy to cut energy ties with Russia.

State-controlled PGNiG SA, Poland’s dominant gas company, saw its earnings before interest, tax, amortization and depreciation, or Ebitda, more than double in the first quarter from a year earlier to 9.6 billion zloty ($2.19 billion). The rise in the profit was mostly generated by its Norwegian unit, which accounted for almost half of the figure, benefiting from the surge in oil and gas prices.