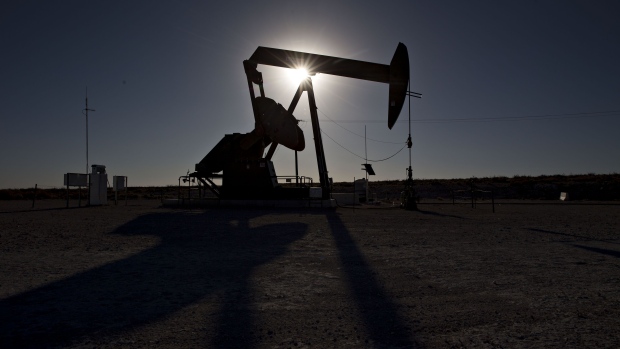 The silhouette of a pumpjack is seen in the Permian Basin near Orla, Texas, U.S., on Friday, March 2, 2018. , Bloomberg

Some of 2020’s top performing stocks in Canada have lost some luster as bond yields grind higher and recent power woes in Texas add to the drag.

Canada’s utility stocks have fallen for 12 straight sessions, their longest losing streak since July of 2017, with the S&P/TSX Utilities Index at its lowest level since late December. Rising yields on bonds reduce the attractiveness of utilities as a safe-haven for dividend-oriented investors.

The “dramatic” spike in bond yields has been the primary culprit for the sector’s weakness, said Chris Kerlow, a Toronto-based portfolio manager at Richardson GMP. The firm remains positive on Algonquin Power & Utilities Corp. because of its power and renewable exposure. 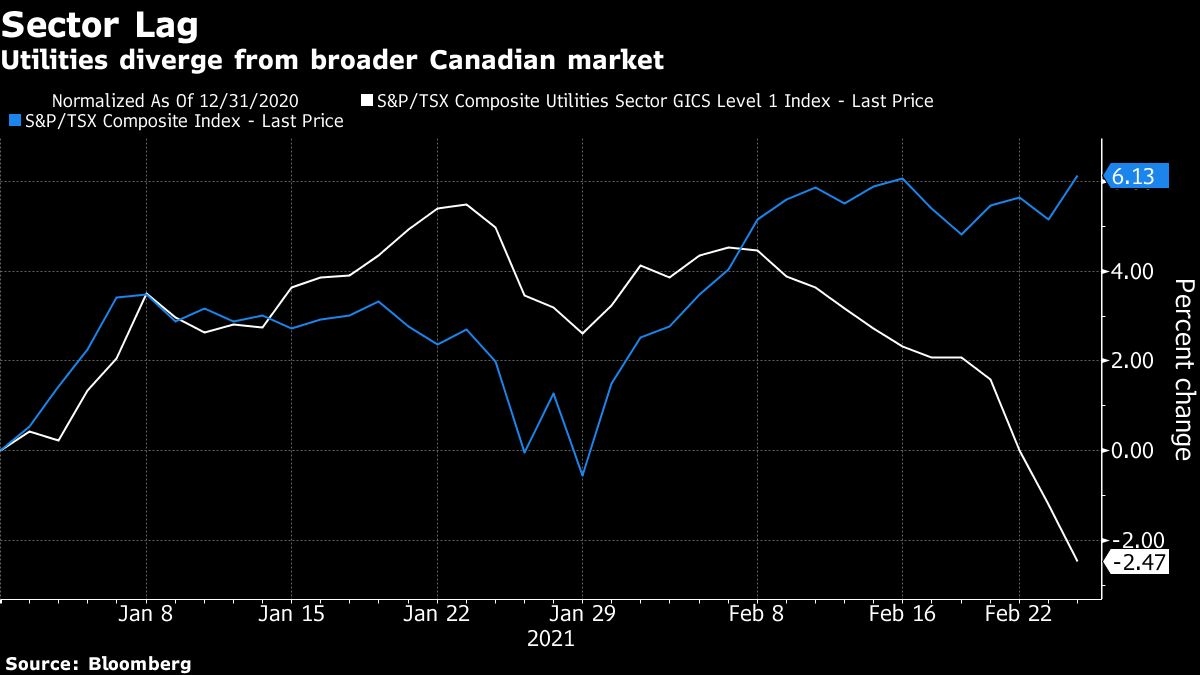 Yields on 10-year treasuries in the U.S. and Canada have hit levels just above 1.43 per cent and 1.35 per cent this week, their highest in about a year, and climbing more than 50 and 60 basis points, respectively, this year alone.

Utilities posted some of 2020’s strongest rallies, with Boralex Inc. up more than 90 per cent and Northland Power Inc. almost 70 per cent. Both stocks are down so far this year.

Ontario-based Algonquin told investors this week it expects a hit to adjusted Ebitda from the severe storm in Texas. Meanwhile, Just Energy Group Inc. revealed a big loss and said it may have trouble continuing as a going concern after last week’s freezing weather cost it about US$250 million.

Amid the group’s retreat, at least one investor isn’t sweating pessimism around higher rates. Until they climb to about 3 per cent to 5 per cent, “it’s not worth worrying about,” said Ryan Bushell, portfolio manager at Toronto-based Newhaven Asset Management. Short-term interest rates will remain “depressed for a very long time,” he added.