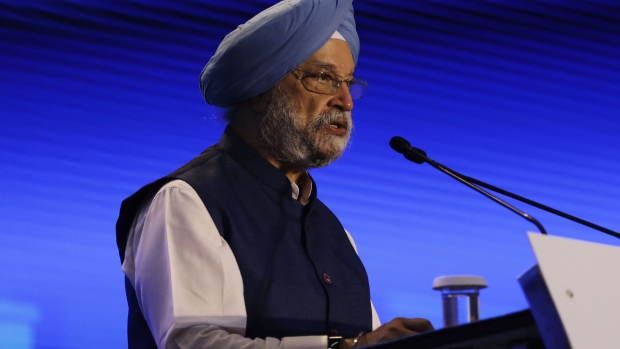 While EU sanctions on Russian exports of oil take effect Monday -- hitting shipments above $60 a barrel -- Russia’s flagship crude oil has traded well below that level, making the cap less of a worry for either the supplier or its buyers. When asked in a local news interview what the implications of the price cap on India would be, Puri, a former diplomat, said: “Nil.”

“I’m under no pressure and it is unlikely that I can be put under any pressure,” the minister told news portal BQ Prime.

Russia had earlier threatened to stop production if the cap was implemented, but last week its foreign minister Sergei Lavrov said the measure was irrelevant, a sign the country was possibly softening its earlier stance. The $60 cap is intended to keep Russian oil flowing while also curbing revenues to finance its war on Ukraine.

Puri said India now sources oil from 39 countries, with Iraq, Saudi Arabia, United Arab Emirates, Kuwait and Russia among the top suppliers. Imports from Russia previously formed a negligible part of the nation’s purchases, although shipments have risen sharply since the war in Ukraine began in February.

“We’ll buy from whoever we have to,” Puri said.