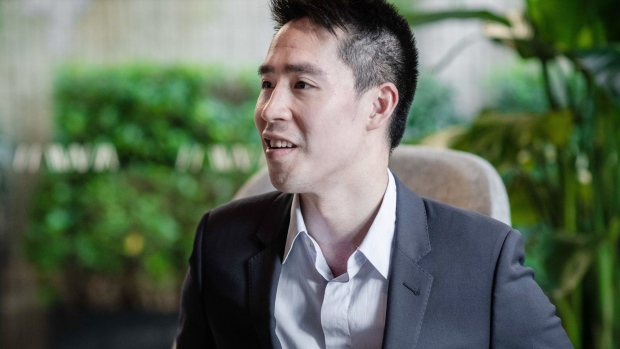 Adam Kwok, an executive director and a third-generation heir at the city’s biggest developer Sun Hung Kai Properties Ltd., lambasted the local authority’s processes to procure land for housing development at a forum hosted by a pro-government party on Thursday.

“Many procedures and systems are obsolete and time consuming,” said Kwok. “There isn’t a mentality to do as much as possible, which leads us to today’s situation.”

Hong Kong’s home prices are expected to break a record this year, even with some residents leaving as China tightens controls over the territory. Demand for homes continues to outweigh supply in a city where space is precious and the government gradually sells land through auctions to developers.

Attending the event as a representative of the Real Estate Developers Association of Hong Kong, Kwok said the government didn’t take full advantage of available land resources. He suggested it explore the possibility of developing buffer zones along wetlands and green belt areas -- natural spaces designated to prevent encroachment by urban development.

He also urged the government to start allowing private housing construction to proceed first in a new development area. The current rule requires developers to wait for public housing work to begin, he said.

It’s rare for a property executive to publicly criticize the government in a city where developers have often been blamed for soaring home prices. Major real estate companies including Sun Hung Kai hold around 100 million square feet (9.3 million square meters) of farmland in the New Territories -- a sign of land hoarding according to critics.

Even so, Kwok said large portions of the area are still either owned by the government or are ancestral lands of the indigenous people.

The supply of new residential units in Hong Kong has continued to decline in recent years. The number of private homes that can be produced from available land plots plunged from a peak of 25,500 three years ago to 13,020 this year, according to think tank Our Hong Kong Foundation.

A constantly heated housing market is a political burden in Hong Kong, where only 52% of residents own their apartments. Beijing sees the housing crisis in the former British colony to be the origin of social discontent fueling mass protests two years ago.

“I recognize the administration’s determination and I see that some procedures are being sped up,” said Kwok. But the government still needs an appropriate team and policies to solve the issues, he added.