Canadians are the most confident in more than three years that real estate prices will continue to rise, according to weekly telephone polling, a positive signal for the recovery.

About half of respondents, or 49.2 per cent, see home prices climbing over the next six months, the highest share since May 2017. That helped lift the Bloomberg Nanos Canadian Confidence Index, a composite measure of financial health and economic expectations, to 55.1 last week, levels last seen in early March.

It’s been nine months since Canada first shut down its economy to contain the spread of COVID-19, leading to a record plunge in consumer confidence. The index began to recover over the summer but a second wave of virus cases put the brakes on that.

However, the vaccine rollout that began this month in Canada is stirring hopes that the pandemic’s end is near even as case counts continue to rise. Two of the largest provinces, Ontario and Quebec, have tightened restrictions to try to control the spread. 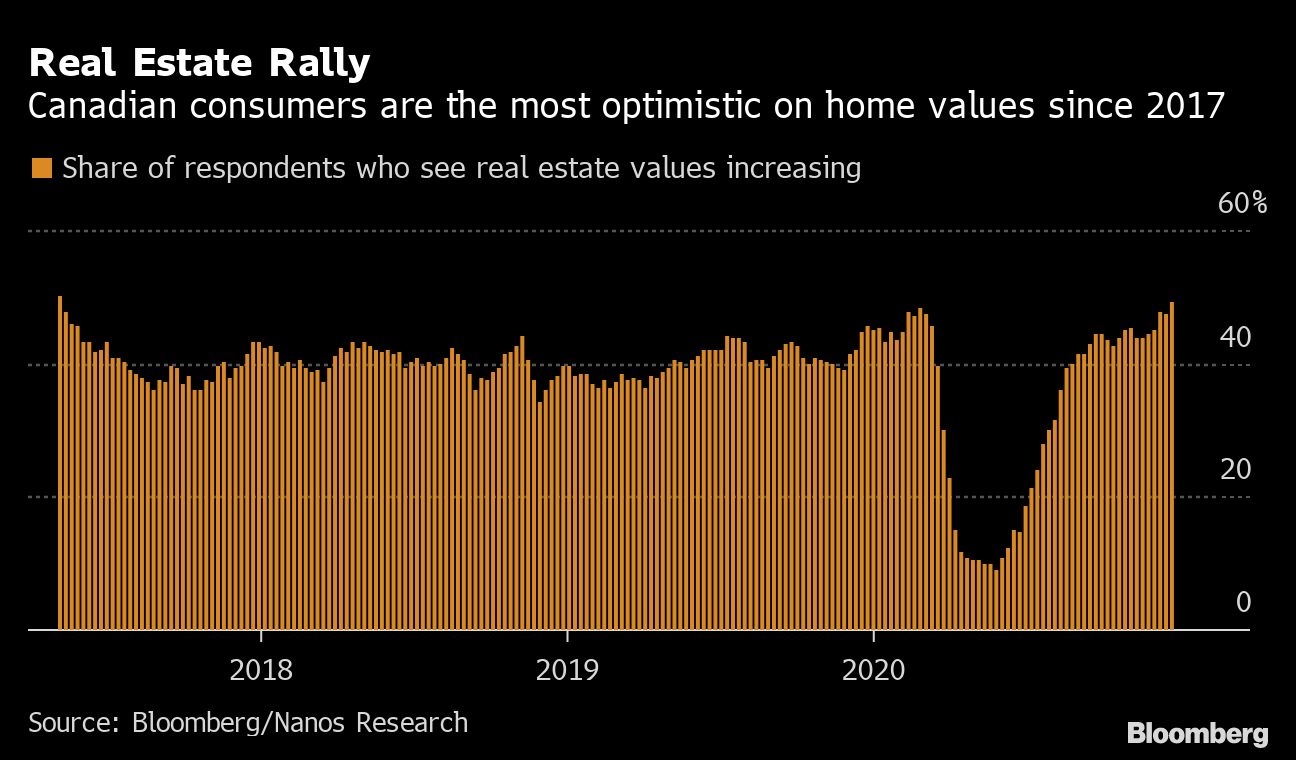 Record-low interest rates and strong demand for more spacious accommodation are pushing Canadian home prices and sales to record highs this year. Prime Minister Justin Trudeau’s government has pledged to keep the fiscal taps open to support the recovery, and the income support measures have left households flush with cash.

“Consumer confidence in Canada continues to gain strength with news on vaccines,” Nik Nanos, chief data scientist at Nanos Research, said in the report. “Forward perceptions on both the strength of the economy and the value of residential real estate gained a full five percentage points in the past four weeks of tracking.”