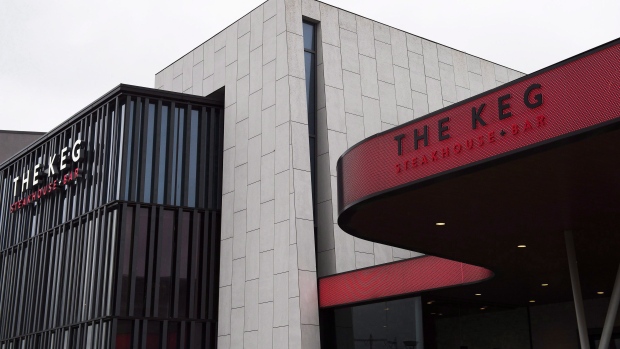 A photograph of The Keg Steakhouse and Bar is shown at Sherway Gardens mall in Toronto on Tuesday, January 23, 2018. The Canadian Press/Nathan Denette

Recipe Unlimited Corp. is reporting a 62 per cent increase in net profits last quarter despite 79 fewer restaurants and forced closures because of COVID-19.

The Ontario-based restaurant company said it earned $21.1 million or 36 cents per diluted share in the first quarter, compared with $13 million or 22 cents per share a year earlier.

Recipe was expected to post $254 million in revenues, according to financial data firm Refinitiv.

Total system sales increased to $721.4 million from $537.6 million in the prior-year quarter.

Recipe had 1,251 restaurants at the end of the quarter, down from 1,330 last year. However, it plans to add 30 new locations in 2022 and renovate 40 existing restaurants.