Retail investors in India and South Korea have joined the meme-stock frenzy by piling into AMC Entertainment Holdings Inc. through local trading platforms giving them access to U.S. markets.

The money-losing movie-theater chain is among the five most-traded U.S. stocks over the past week on both Vested Finance and Stockal, two India-focused platforms for retail investors to buy U.S. equities. AMC Entertainment has accounted for 14 per cent of trades on Vested this week, a greater proportion than Tesla Inc., Shopify Inc. and Facebook Inc.

AMC Entertainment skyrocketed as much as 127 per cent on Wednesday, extending its total gains for the year to more than 3,000 per cent and pushing its market capitalization briefly above US$33 billion. The craze for so-called meme shares such as AMC and GameStop Corp. is being fueled by pandemic-led lockdowns and low-fee trading plans that have encouraged new investors into global share markets.

“Due to social media platforms like Reddit, information today travels quickly across borders and an Indian investor is as plugged into the U.S. markets as their counterparts in the U.S.,” said Viram Shah, chief executive officer at Vested in Mumbai. “Some retail Indian investors are driven by news and want to be part of any global trends or movements.” 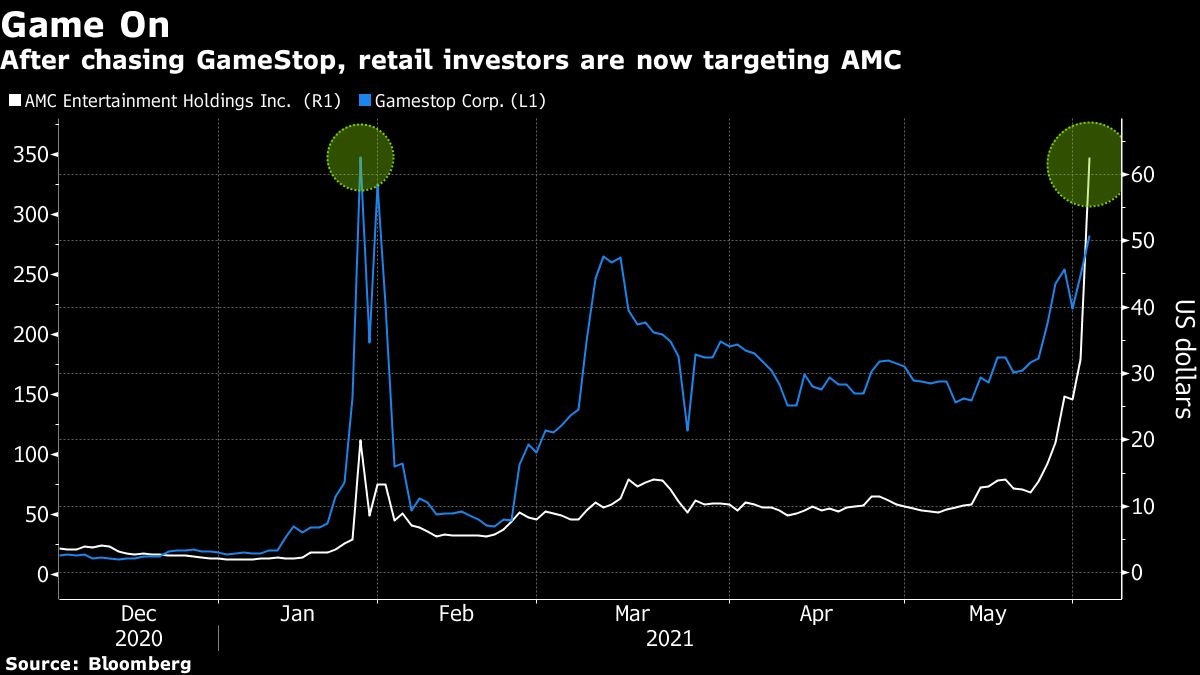 Sitashwa Srivastava, co-founder and co-chief executive officer of Stockal, said that in the last three to five months, “people have been chasing high volatility stocks a lot more. GameStop happened, and now, AMC is of great interest.”

Korean investors snapped up US$225 million of AMC shares from Monday through Thursday, according to Korea Securities Depository data. That total is getting close to three times the amount spent on the second-most-purchased counter, Tesla, at US$82 million.

A popular online forum among Korean retail investors contained dozens of posts from traders known locally as “ants,” discussing the prospects for AMC stock prices, and whether Blackberry Ltd. might replace AMC as the next meme target.