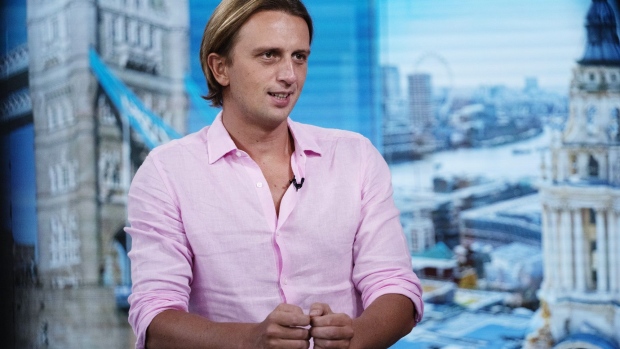 (Bloomberg) -- The boss of Revolut Ltd. said his fintech startup has enough funding for at least two more years and would not be looking to raise money, as venture capital dries up across the technology industry.

Nikolay Storonsky, the 37-year-old chief executive officer, said the London-based company is now profitable and “aggressively expanding” in Latin America, India and the Philippines while looking to the Middle East.

The CEO’s comments in an onstage interview with Bloomberg News at TheCityUK’s annual conference in London suggest Revolut can avoid the pitfalls of raising money during a downturn. Valuations for startups are expected to fall as they gather fresh funds, reversing several years of soaring growth, with Sweden’s Klarna Bank AB reportedly considering raising money at a lower valuation. Lenders see tech companies looking to take on debt rather than endure a so-called “down round” of capital raising.

Storonsky said Revolut was in an different place as it has a more diversified model than its Swedish competitor -- even joking that he “now can probably buy” Klarna at its latest reported price. Though he ruled out taking Revolut public in the next two years, given the turbulent market conditions, he still sees the UK as an option for an eventual initial public offering.

Read More: Revolut CEO Would Like to Buy Klarna. He’ll Battle It Instead

Revolut, which was valued at $33 billion in a funding round last July, continues to view the UK as its most important market, generating about a quarter of its revenue, Storonsky said.

Revolut’s rise has been rapid. It launched in 2015 as a prepaid card offering cheap foreign-exchange fees, with Storonsky — a former derivatives trader at Credit Suisse Group AG and Lehman Brothers — handing out freebies at railway stations. Now it has more than 18 million customers and is venturing into buy now, pay later products.

While Storonsky would still choose London as the place to build his company, he said he’d prefer regulation there to have fewer “grey zones” where “people don’t know what to do.” During the interview, the Russian-born CEO joked saying that regulators across the world have all been “very friendly so far”, but also said he  hopes the U.K. Financial Conduct Authority will give the final green light to Revolut’s full banking license “as soon as possible,” following a process that’s already taken a year and a half.

“I would look into making regulation less principle driven and more rules driven,” he said, citing Singapore as a good example of the rules being crystal clear.

Although cryptocurrency trading is a key revenue contributor for Revolut, Storonsky said he doesn’t invest in the assets himself. “Sometimes I play, but just for testing products,” he said. Demand from retail investors is “great” and traditional banks are missing out, he added.

Storonsky also confirmed Revolut had “solved simply” any issues after Russia’s invasion of Ukraine by closing offices in both countries, with staff relocating to Dubai and London.