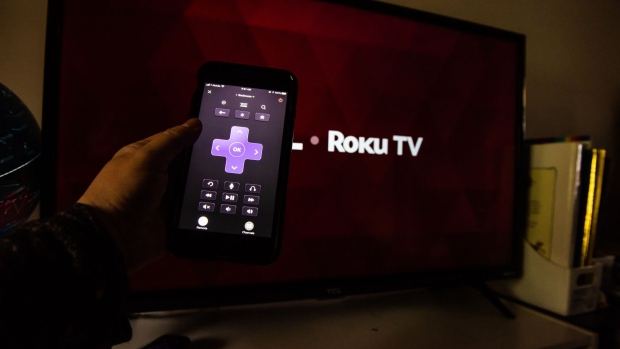 Roku Inc. remote functions on a smartphone in an arranged photograph in Hastings-on-Hudson, New York, U.S., on Sunday, May 2, 2021. Roku Inc. is scheduled to release earnings figures on May 6. Photographer: Tiffany Hagler-Geard/Bloomberg , Bloomberg

“In the near term, the varying rates of recovery from the pandemic around the world continue to present an uncertain operating environment,” the company wrote in a letter to shareholders. “While there will be a slowdown in year-over-year growth relative to last year’s pandemic-driven acceleration, we expect continued significant growth in the second half of the year.”

Shares fell 8.4% after the market closed.

Shares of Roku are down about 12% from a record close hit in July, though it remains up nearly 50% from a May low, based on its most recent close. The stock rose 0.6% in Wednesday’s regular session.