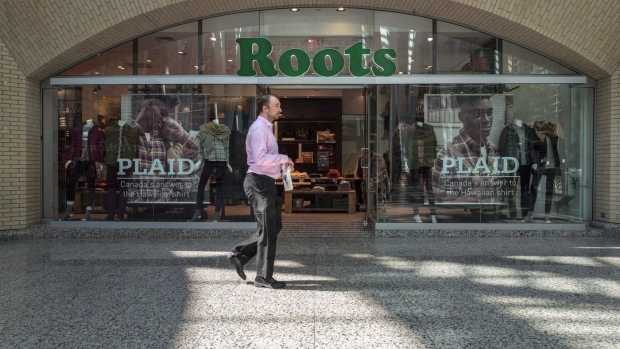 Roots Corp. says it earned about $2.2 million in its latest quarter as sales dropped by 8.5 per cent since the same time last year.

The Toronto clothing retailer says its net income for the third quarter fell from $10.8 million a year ago.

The decrease amounted to a fall from 25 cents to five cents in earnings per share over the year.

Analysts on average had expected a profit of 19 cents per share and $8.1 million in net income, according to financial markets data firm Refinitiv.

Sales for the quarter totalled $69.8 million, down from $76.3 million a year earlier.

Chief executive Meghan Roach says the quarter brought "more pronounced" discounting and a focus on lifestyle products instead of casual fleece wear as people returned to offices and events.

"We are continuing to strategically manage our core inventory to maintain our promotional discipline; however, we expect these factors to continue impacting our sales and margins in the near term," she wrote in a news release.

This report by The Canadian Press was first published Dec. 9, 2022.