Goldman Sach Is Bullish on Oil

Saudi Arabia kept oil prices for its main market of Asia largely steady and lowered those for Europe, going against expectations it would hike them and pile more pressure on consumers a day after OPEC+ opted to slash production.

State-controlled Saudi Aramco left its key Arab Light grade for November shipments to Asia unchanged from this month at US$5.85 a barrel above the regional benchmark. Refiners and traders predicted a raise of 40 cents, according to a Bloomberg survey from last week.

A steep increase would have further tightened the oil market following OPEC+’s move on Wednesday to lower its output target from next month by 2 million barrels a day. The White House criticized that decision, saying it was “shortsighted” at a time many countries are “reeling from elevated energy prices.” 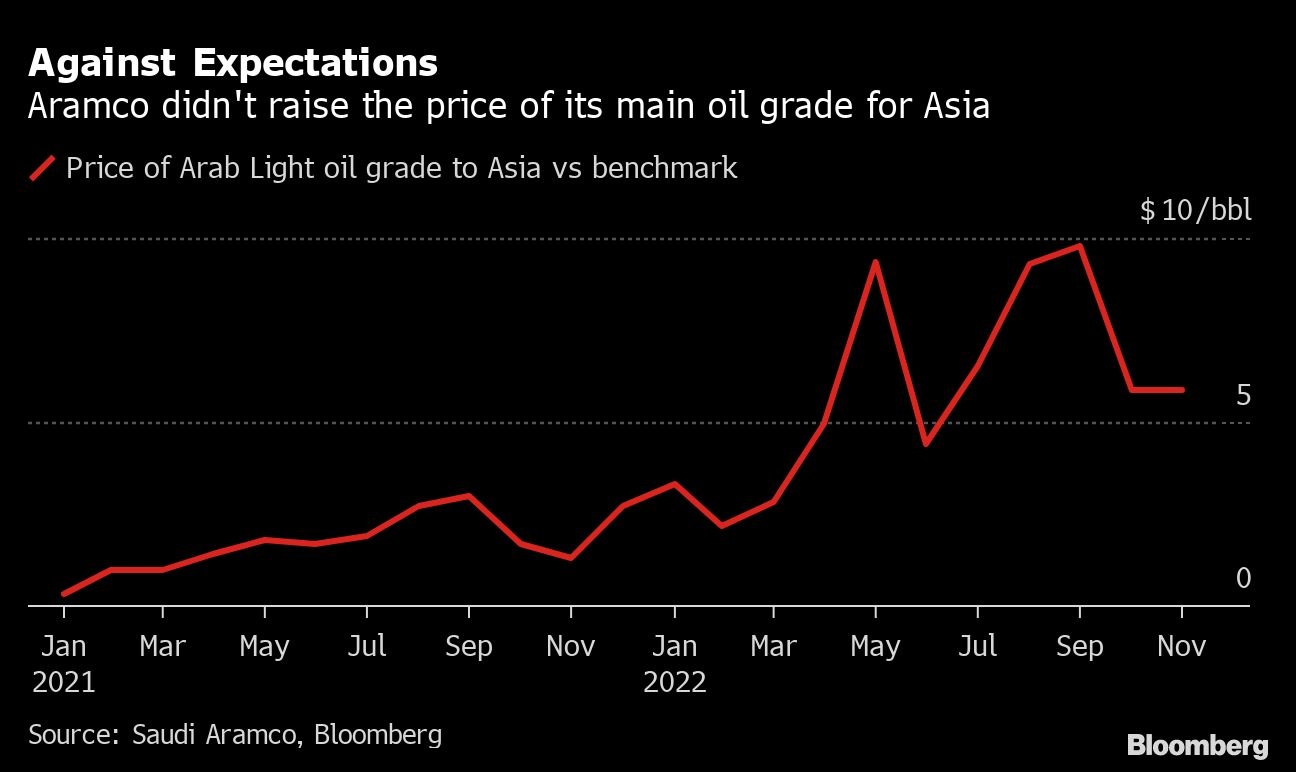 Crude prices have dropped since June, but at around US$90 a barrel are still up 20 per cent this year.

Aramco increased its medium and heavy grades for Asia by 25 cents a barrels and dropped extra light by 10 cents. All grades for North West Europe and the Mediterranean region were lowered. US grades all climbed by 20 cents.

Saudi Arabia sells most of its oil under long-term contracts to Asia, pricing for which is reviewed each month. China, Japan, South Korea and India are the biggest buyers.