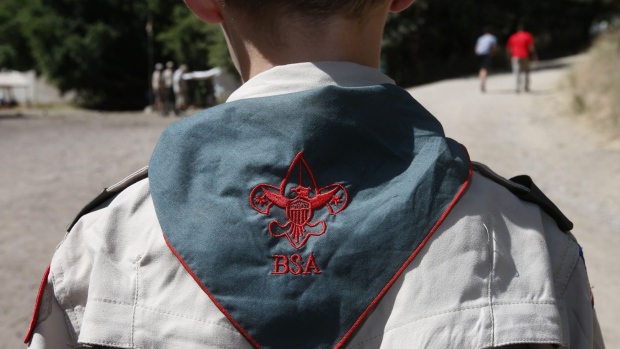 The Boy Scouts of America sought bankruptcy protection to cope with a rising tide of claims tied to sexual abuse of children in its ranks.

The group filed in Delaware early Tuesday under Chapter 11 of the U.S. bankruptcy code, which allows the organization to keep operating while it works out a plan to pay its debts and design a recovery plan.

Court papers listed liabilities of up to US$1 billion and assets as much as US$10 billion. The Irving, Texas-based group said it’s setting up a trust fund to compensate victims.

“The BSA cares deeply about all victims of abuse and sincerely apologizes to anyone who was harmed during their time in Scouting,” Roger Mosby, chief executive officer, said in a statement. “While we know nothing can undo the tragic abuse that victims suffered, we believe the Chapter 11 process – with the proposed Trust structure – will provide equitable compensation to all victims while maintaining the BSA’s important mission.”

The Boy Scouts are the latest non-profit group to go bankrupt after allegations that they turned a blind eye to widespread sexual abuse of children in their care. USA Gymnastics and more than 20 dioceses of the Catholic Church sought court protection after facing similar claims.

The national Scout organization could seek to adopt tactics used by corporations and the church to shield its 261 local councils from claims that, according to court documents, could reach about 1,700 based on what’s known so far. The group said in its statement that the local councils haven’t filed for bankruptcy.

The Wall Street Journal previously estimated that local councils hold about US$3.3 billion in assets, citing tax filings for almost 400 nonprofits registered under the Boy Scouts’ umbrella with the Internal Revenue Service.

In an apology letter to the victims, Jim Turley, National Chair of the Scouts, acknowledged the organization’s failure to protect the children. He encouraged victims to come forward with claims and said counseling is being offered.

Turley said he was “truly heartbroken” that members were harmed, “outraged” at predators who committed the acts and “also outraged that there were times when volunteers and employees ignored our procedures or forgave transgressions that are unforgivable.”

Organizations facing mass individual claims, such as opioid maker Purdue Pharma LP and Catholic dioceses, have resorted to bankruptcy because it provides a controlled process for settling a large number of lawsuits while allowing them to hold on to as many assets as possible.

Such claims have been swelling. Seven states and the District of Columbia passed laws in 2019 that suspend the time limit to file civil sex abuse suits, adding to about half a dozen that already had so-called window statutes. A bankruptcy filing could short-circuit those laws by putting a final deadline on claims.

The Boy Scouts organization was founded in 1910, and until 2020, it had about 2.2 million members. But mounting lawsuits have drained its finances. The group spent more than US$150 million on settlements and other legal costs between 2017 and 2019, forcing it to raise fees, while membership has dwindled.

The Scouts are facing about 275 lawsuits in state and federal courts and attorneys for abuse victims have provided information regarding about 1,400 more claims that have yet to be filed, the organization said in court papers early Tuesday. About 90 per cent of the claims stem from abuse that occurred more than 30 years ago, the Scouts said.

The group suffered another blow at the start of 2020 when one of its biggest supporters -- The Church of Jesus Christ of Latter-Day Saints -- started its own youth organization and pulled 400,000 members out of the Scouts.

The case is Boy Scouts of America, 20-10343, U.S. Bankruptcy Court for the District of Delaware.

--With assistance from Luca Casiraghi.