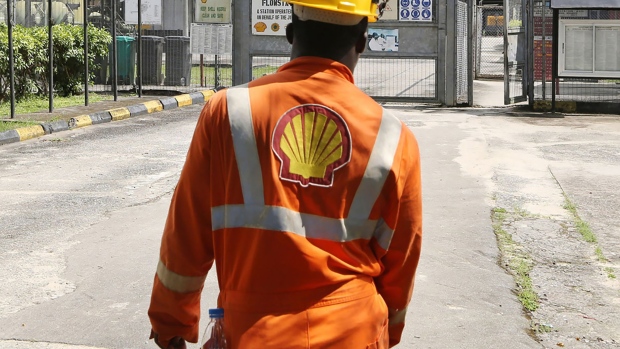 (Bloomberg) -- Shell Plc paused the divestment of its Nigerian onshore oil assets pending the outcome of a case at the country’s Supreme Court.

Earlier this year, Shell Petroleum Development Company of Nigeria Ltd., in which Shell holds a 30% stake, was issued with an order to maintain the status quo until at least Oct. 4, when Nigeria’s Supreme Court is scheduled to consider the company’s appeal of an oil-spill penalty of nearly $2 billion.

That order put on hold Shell’s plans to exit its Nigeria onshore oil assets, which it says are incompatible with its long-term transition to clean energy. Chief Executive Officer Ben van Beurden told shareholders in May that a significant increase in sabotage in the West African country recent years had resulted in a state of near-lawlessness that the company couldn’t control.

“We have a strong belief in the merits of our case, which we are vigorously defending,” Osagie Okunbor, managing director of SPDC and chairman of Shell Companies in Nigeria, said in a statement on Thursday. “SPDC will continue to comply with the Supreme Court’s order to maintain the status quo.”

Shell said it welcomed the Supreme Court’s decision to hear SPDC’s appeal and that it would not progress with the divestment of its interest in the venture until the outcome of the appeal. “It remains Shell’s strategic intent to divest its shareholding in SPDC, while continuing to invest in Shell’s deepwater and gas positions in Nigeria,” according to the statement.

The company had received final offers for its onshore oil and gas fields from local firms Heirs Oil and Gas Ltd., and ND Western Ltd., Bloomberg reported earlier this month.