'The need for Shopify has never been greater': E-commerce analyst

Sales grew by 47 per cent to $470 million from the same quarter a year ago, Ottawa-based Shopify said in a statement Wednesday. Analysts had expected about $443 million, according to data compiled by Bloomberg.

“We are working as fast as we can to support our merchants by re-tooling our products to help them adapt to this new reality,” Chief Executive Officer Tobi Lutke said in the quarterly release.

The key metric of gross merchandise volume, which represents the value of all goods sold on the platform, increased 46 per cent or $5.5 billion to $17.4 billion from a year earlier. Analysts were expecting a 40 per cent increase on a year-over-year basis to $16.9 billion.

Still, Shopify noted the drop in point-of-sale purchases from bricks-and-mortar stores and questioned the sustainability of some of the online switch. The shares fluctuated between gains and losses and were up 0.7 per cent as of 9:35 a.m. in Toronto. 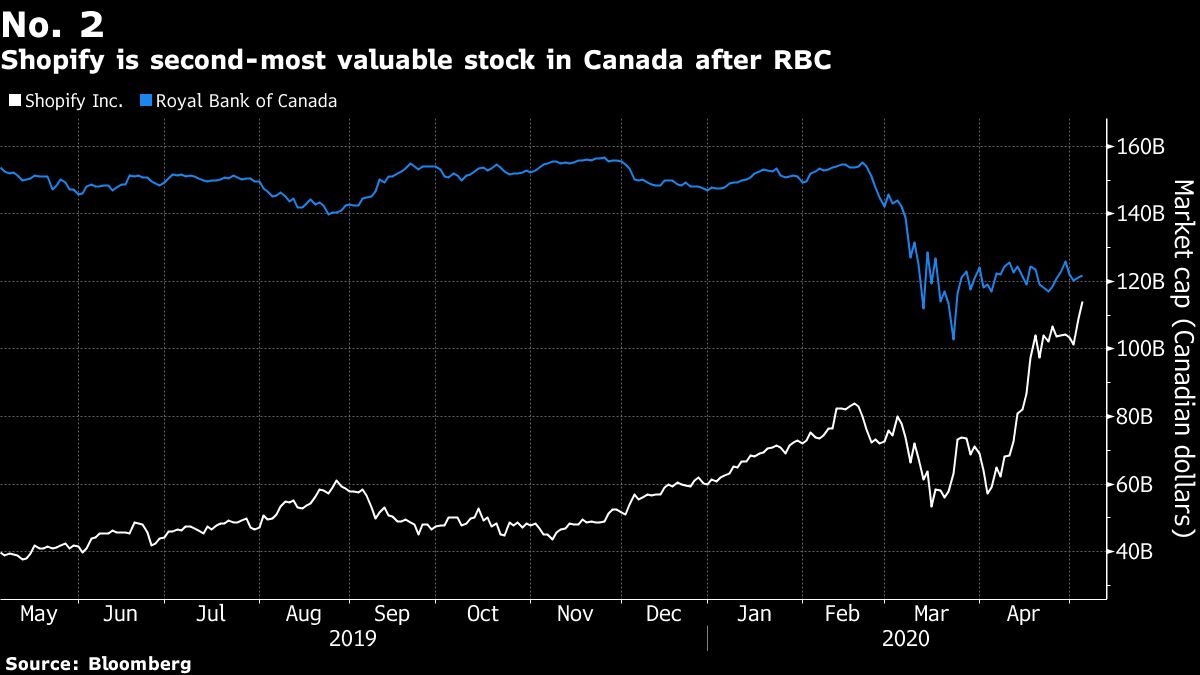 Investors have continued to pile into the tech stock this year, pushing its market value to $113.4 billion. It’s now the second-most valuable company on the Canadian stock market, just $7.5 billion from Royal Bank of Canada which sits at $120.9 billion as of Tuesday’s close.

Shopify suspended its 2020 financial guidance in April. Today, it said it is closely monitoring the impact rising unemployment has on new shop creation on its platform and consumer spending, the rate at which consumer spending habits transition to online shopping and the ability of brick-and mortar retail merchants to shift sales online.