Sales at Canadian manufacturers declined for a second straight month, partly on shutdowns at auto and steel plants.

Factory sales fell 1.3 per cent in July, Statistics Canada reported Tuesday from Ottawa. That far exceeded the median forecast in a Bloomberg survey of economists, which called for a 0.1 per cent decline. In volume terms, sales dropped 1.6 per cent.

While the miss in manufacturing could signal economic growth is decelerating heading into the second half, much of the slowdown was driven by plant shutdowns in the auto and metal sectors. Primary metal production was down 7.3 per cent on the month, led lower by iron and steel. Autos fell 4.7 per cent, partly the result of “an extended shutdown at a major assembly plant,” the agency said.

“A weak report any way one slices it and a clear sign Canada isn’t escaping the global slowdown across industrial sectors brought on by the trade war,” said Brett House, deputy chief economist at Scotiabank. This will have a direct impact on third-quarter gross domestic product, “which is already off to a rocky start,” he said. 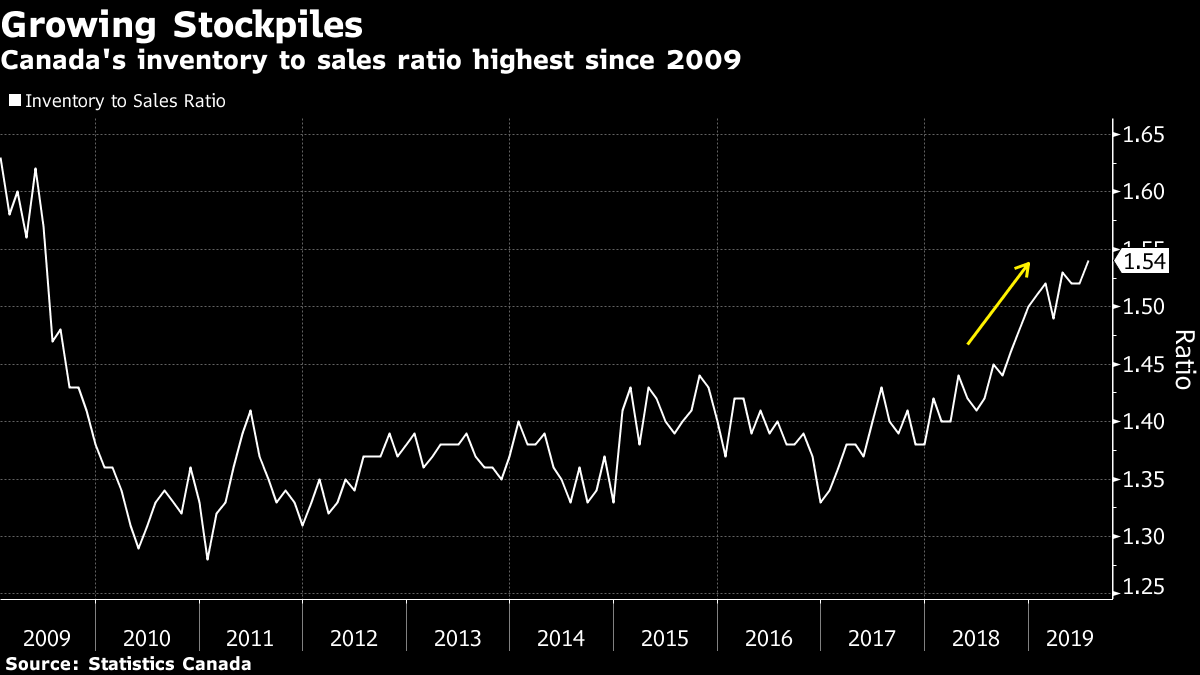