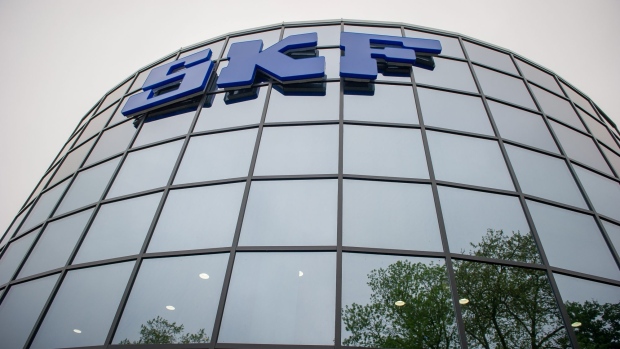 (Bloomberg) -- SKF AB is exploring a sale of its aerospace operations, according to people familiar with the matter, as the Swedish industrial group trims peripheral businesses after activist Cevian Capital pushed for change.

The company is considering a disposal of its business making specialty components for the aerospace industry like bearings and sealings, the people said. It could announce the plans as soon as this week, according to the people, who asked not to be identified because the information is private.

Aerospace accounted for 5% of SKF’s 82 billion Swedish krona in net sales last year, according to the company’s annual report. Omid Vaziri at Bloomberg Intelligence said the business had seen its profits dented amid struggles to pass on price increases in line with inflation.

Deliberations on the potential divestment are ongoing, and the exact scope and timing of a potential deal are still under review, the people said. A representative for SKF declined to comment.

Cevian, the activist investor led by Christer Gardell, disclosed a stake in SKF in August. The Stockholm-based investment firm said at the time it sees “significant long-term value potential in the company, which isn’t at all reflected in the share price.” It’s since increased its holding to 7.9%, making it the company’s second-biggest owner.

The activist regularly targets industrial companies it views as undervalued, including automotive supplier Autoliv Inc. as well as ABB Ltd. in Switzerland, which sometimes leads to asset sales. SKF shares surged on the news of Cevian building a stake, though the company’s B shares are still down about 17% this year.

--With assistance from Jonas Ekblom.