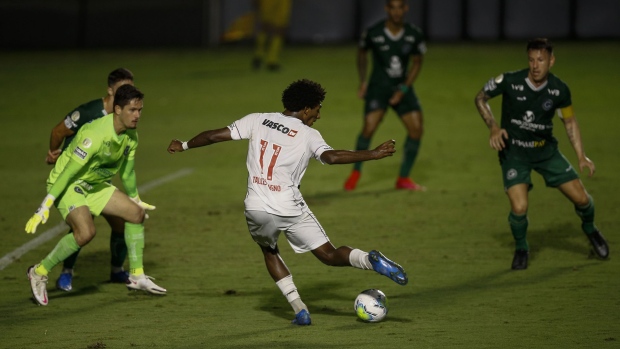 (Bloomberg) -- Investment firms 777 Partners LLC and DaGrosa Capital Partners are each in talks to buy historic Brazilian soccer clubs, according to people familiar with the matter, following the passing of a law that encourages foreign investment.

Miami-based 777 is in talks to acquire Vasco da Gama, a team from Rio de Janeiro, said the people, who asked not to be identified discussing a private matter. The club has one of the largest fan bases in Brazil but also, like many teams, sizable debt. 777 already owns Genoa in Italy’s Serie A and a minority stake in Sevilla in Spain.

DaGrosa, located in Coral Gables, Florida, is in talks with America Mineiro, one of the most successful teams from the state of Minas Gerais, the people said. America Mineiro has a reputation for unearthing talented young players, some of whom, including Richarlison de Andrade, have reached the U.K.’s Premier League.

Like most clubs in Brazil, both America Mineiro and Vasco da Gama are run by non-profit associations that typically hold presidential elections every three or four years. The potential sales come as private investors and equity funds take advantage of new rules that allow debt-burdened teams to overhaul ownership and modernize their finances.

A representative for 777, led by co-founders Steven Pasko and Josh Wander, declined to comment, while a spokesperson for America Mineiro didn’t immediately respond to request for comment.

A representative for Vasco da Gama said the Brazilian soccer market will undergo profound changes in the coming months and the club has attracted interest from potential investors. Any proposals will be analyzed internally, they said.

Lucia Gonzalez, a spokeswoman for DaGrosa, said talks with a Brazilian team were ongoing and “nothing has been decided yet.” Kapital Football Group, one of its portfolio companies, is the vehicle involved, she said.

Last week, Palm Beach, Florida, investor John Textor, a digital entrepreneur, agreed to invest around $330 million in Rio De Janeiro’s Botafogo, including the club’s debt. Fans danced in the streets in the hope that a cash injection will bring a storied team back to its former glory.

Textor, who owns an interest in Premier League team Crystal Palace and 80% of Belgium’s RWD Molenbeek, said he was building a “loose family of related clubs.”

From afar, Latin America’s most populous nation is a soccer paradise, with passionate fans and some of the world’s best players. The country has brought home five World Cup titles, making Brazil the most successful international team in history. But the country’s professional clubs have been run poorly and taken on too much debt, problems exacerbated by the financial impact of the Covid-19 pandemic.

A law enacted last August allows soccer teams to be structured as a new type of limited-liability company to encourage transition to a more professional, sophisticated and transparent management, according to Fernando Roitman, founder of CIES Sports Intelligence.

Clubs like Botafogo and Cruzeiro “didn’t have the financial structure to survive,” said Cesar Grafietti, a consultant who advises Brazilian teams on how to manage their finances.

While the changes in ownership are rekindling fans’ dreams, some investors are more concerned with making teams profitable again. One of Ronaldo’s first moves after buying Cruzeiro, where he made his professional debut, was to announce he won’t renew the goalkeeper’s contract because it’s more than the team can afford, according to Grafietti.

“We’re entering a new world where the fans have to understand the ideas and goals of investors,” he said.

Textor is optimistic about the opportunities ahead as teams are introduced to modern management and given the chance to expand.

“This is the beginning of a very new business model for Brazilian football,” he said, adding investors should have growth potential in mind when agreeing to deals. “You don’t value a development stage company at a multiple of revenues.”