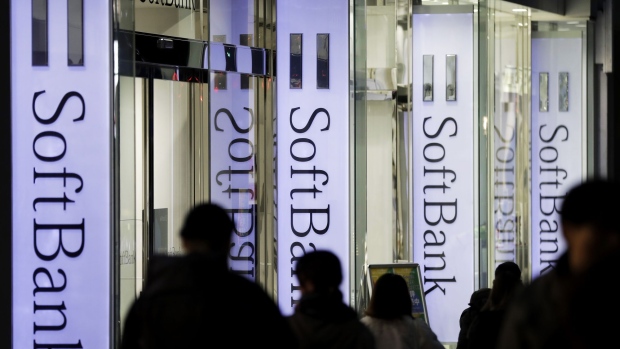 (Bloomberg) -- SoftBank Group Corp. plans to expand its investments in the biotech and health-care sector, opening up a new front in its growing asset management strategy, according to people familiar with the matter.

SoftBank has already made a clutch of equity investments in the sector, including a $312 million stake in Pacific Biosciences of California Inc., a U.S. DNA-sequencing company whose stock has risen almost 9-fold in the last year. The Japanese firm is now planning to spend billions investing in public biotech companies, the people said, who asked not to speak publicly because the strategy is private.

The investments are being made by SoftBank’s asset management arm SB Northstar, the unit behind a number of controversial derivative positions in big tech companies. The Nasdaq Biotechnology Index, a closely tracked barometer of the industry, has jumped 37% in the past year, more than double the S&P 500’s return.

“This is misleading and inaccurate,” said a SoftBank spokesperson. “SB Northstar continues to consider investment opportunities across the entire technology spectrum and is not specifically focused on one particular sector.”

Analysts and investors have been speculating about how founder Masayoshi Son will spend more than $80 billion in assets, after the SoftBank CEO last year unveiled plans to sell off 4.5 trillion yen ($43 billion) in assets and buy back 2.5 trillion yen of its own stock. Shares in the Japanese billionaire’s SoftBank have since surged, reaching the highest close since the company went public in 1994, and flying past a long-standing record two decades ago, as a boom in tech companies helps lift SoftBank’s portfolio.

Speaking on an earnings call in early February, Son said SB Northstar was still in “testing phase or test operations.” The investment arm, where Son personally holds a 33% stake, had a total of $22 billion of “highly liquid listed stocks” as of the end of December quarter, including a $7.39 billion investment in Amazon.com Inc., $3.28 billion in Facebook Inc. and $1.38 billion in Alphabet Inc.

The investments were accompanied by derivatives that amplified exposure, but SoftBank has been winding down its options strategy amid a backlash from investors. The fair value of SoftBank’s futures and options positions came to little over $1 billion at the end of December, compared with $2.7 billion the previous quarter. In October SB Northstar borrowed $6 billion using Alibaba Group Holding Ltd.. shares as collateral, according to company filings.

SoftBank has already made a number of investments in health-care startups, primarily through its Vision Fund, such as 10x Genomics and Roivant Sciences. The Japanese investor also has a $298 million equity stake in Canadian antibody-drug discovery platform AbCellera Biologics Inc., a small investment in 4D Molecular Therapeutics, and is planning a further $900 million convertible debt investment in PacBio, according to a report by The Wall Street Journal.

The overall loss in SoftBank’s asset management arm hit 113.5 billion yen in the December quarter, up from 85.2 billion yen in the previous three-month period. Speaking at the firm’s earnings call in February, Son said that SB Northstar had swung to a profit of about 100 billion yen since the end of last quarter.