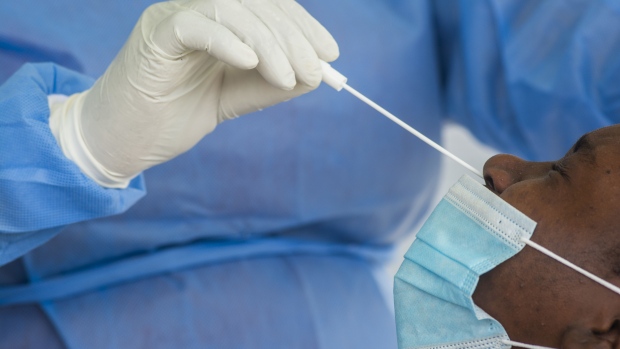 A South African law-enforcement agency said its investigation into some of the health-equipment contracts awarded by the government during the Covid-19 pandemic found almost two-thirds of them were irregular.

The Special Investigation Unit probe found that 2,803 of 5,467 deals worth 14.3 billion rand ($935 million) were improper, according to a statement emailed by the presidency on Tuesday. President Cyril Ramaphosa authorized the investigation into the contracts in mid-2020.

“It is unacceptable that so many contracts associated with saving lives and protecting livelihoods were irregular, unlawful or fraudulent,” Ramaphosa said in the statement. “This investigation demonstrates our determination to root out corruption and to deal with perpetrators.”

The National Prosecuting Authority and other law-enforcement agencies may use the SIU’s investigations to file criminal charges against people in the public and private sectors, the presidency said.