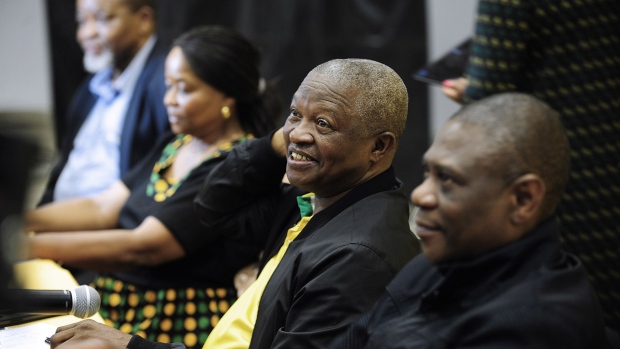 David Mabuza, South Africa's deputy president, attends a gathering of African National Congress (ANC) leaders in Johannesburg, South Africa, on Monday, Dec. 5, 2022. South African President Cyril Ramaphosa’s lawyers will challenge an advisory panel’s report that said there may be grounds for his impeachment, as the governing party’s top leaders hold a crucial meeting on how to respond to the damning findings. , Bloomberg

The Organisation Undoing Tax Abuse, a South African civil society group known as OUTA, this month filed a criminal complaint related to an alleged land-claims scam that identified Mabuza as the lead suspect.

The allegations by OUTA were encapsulated in previous “false criminal charges,” Mabuza’s office said in a statement on Wednesday.

“The Directorate for Priority Crime Investigation and the Specialised Commercial Court prosecutors declined to prosecute anyone because of the false charges,” it said. “Similarly, the allegations in this complaint are completely false and without merit.”