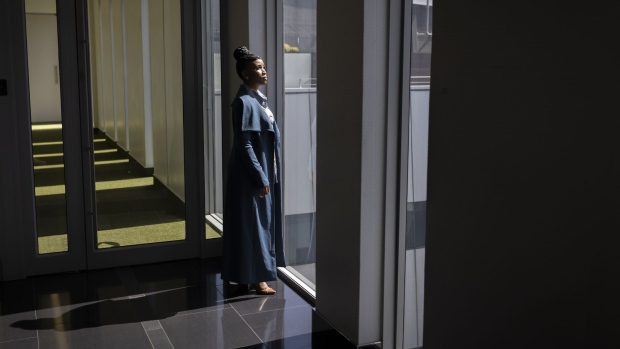 (Bloomberg) -- South African opposition parties that formed coalitions to wrest control of a number of towns from the governing African National Congress in last year’s municipal elections, are now considering campaigning jointly ahead of a national and provincial vote in 2024.

The Democratic Alliance, the biggest opposition party, and several smaller rivals have begun talks on a cooperation framework to maximize their collective support. A key prize would be to secure control of the province of Gauteng, the nation’s economic hub that includes Johannesburg and Pretoria -- and the one where the ANC’s majority is seen as most at risk.

The opposition coalitions that won control of Johannesburg, the neighboring region of Ekurhuleni, and Pretoria were aware that their alliances would be “a pilot project for 2024,” Mpho Phalatse, Johannesburg’s mayor and a senior DA member, said in an Aug. 15 interview. Officials needed to demonstrate their ability “to drive cohesion,” she said.

The ANC has ruled Africa’s most industrialized nation since the end of White-minority rule since 1994, and controls all of the nine provinces besides the DA-run Western Cape. Its support slipped below 50% for the first time in the last municipal elections, a backlash against its slipshod management of towns and cities, high unemployment and a lack of basic services.

Details of the how opposition parties could work together are still being discussed, according to Phalatse.

“Are we going in as a coalition and selling the coalition, are we going in as individual parties and how then do you demonstrate differentiation without destabilizing the governments that you have in place?” she said. “It is a tricky balancing act. A lot of technical work will have to go into that.”

ActionSA, a party that was founded by former Johannesburg Mayor Herman Mashaba and won 16% of the vote in the city in the local government vote, ruled out participating in a joint campaign.

“We will offer our unique solutions to the problems faced by the country,” said Bongani Baloyi, its provincial leader. “But we are mindful that when we do campaign at that stage, we must do so in a way that does not hamper, frustrate, or even threaten the stability of our coalition governments.”

Phalatse sees immigration being one of the key issues of the 2024 campaign. ActionSA has taken a hard line against illegal migrants and the ANC has recently followed suit, introducing new legislation to manage the influx of foreigners from the southern African region.

“The most contentious in the coalition now is the issue of migration and how we manage undocumented migrants,” Phalatse said. “We all agree that we want people to be legal because it has implications for planning and budget when we don’t know who is in the city. What we don’t agree on is how we go from here to there.”

Johannesburg officially has a population of 6 million.

“There is always this gap between supply and demand because you have people that are unaccounted for,” and they aren’t provided for in the National Treasury’s budget allocations, Phalatse said. “It is almost like we are being set up to fail.”