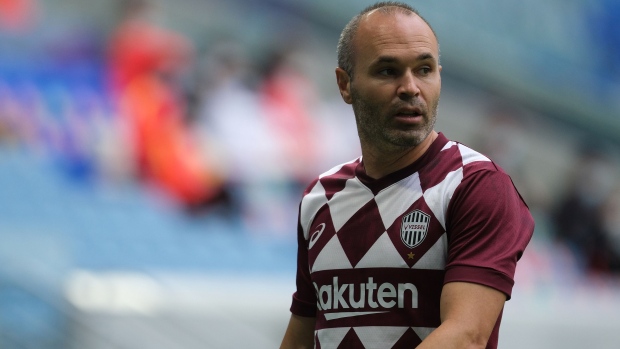 Andres Iniesta, the star striker whose last-gasp goal won Spain its first soccer World Cup in 2010, earned himself a slap on the wrist from regulators when he took to Twitter to say he was using the cryptocurrency exchange Binance.

“I’m learning how to get started with crypto with @binance,” the former FC Barcelona player wrote in his post yesterday. Spain’s National Securities Market Commission replied with its own tweet saying it’s best to read up on the risks of cryptocurrencies before investing in them or recommending that others do so.

It also suggested reading a statement it put out earlier this year with the Bank of Spain highlighting investment risks associated with digital currencies, including extreme volatility, complexity and lack of transparency.

The CNMV is set to get new powers in Spain to control advertising campaigns by cryptocurrency platforms in Spain as they become more popular.