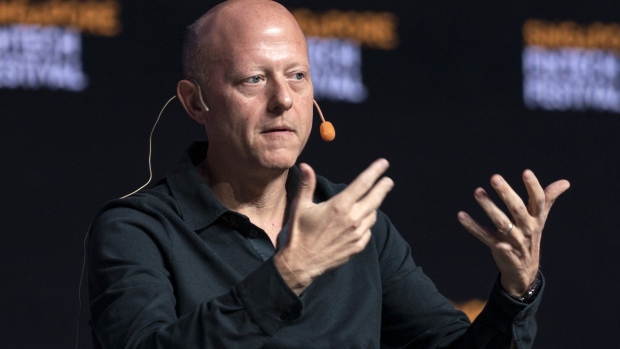 (Bloomberg) -- Circle Internet Financial, the issuer of the world’s second largest crypto stablecoin, said its planned merger with special purpose acquisition company Concord Acquisition Corp. that was once valued at $9 billion has been scrapped.

The pair had been in talks to take Circle public since June last year, but delays plagued the process as the broader crypto sector settled into bear market territory. An amendment to the deal in February doubled Circle’s valuation to $9 billion, when Circle’s USDC stablecoin had a market circulation of approximately $52 billion -- a figure that has since dropped to around $43.4 billion, according to pricing data from CoinGecko.

Bob Diamond, chairman of Concord and former chief executive officer of Barclays PLC, said in a statement on Monday that he remained confident in blockchain’s ability to disrupt financial services, and of Circle’s future growth. He added that a “regulatory-first approach” to building trust between crypto and the financial sector “has never been more important.”

Dante Disparte, the firm’s chief strategy officer, said in an interview on Monday that neither side had initiated termination of the deal, adding that Circle plans to increase spending across its business in the coming year.

“It’s not that the deal fell apart, it’s that the timeline for which the deal had to be qualified was upon us and, for the better part of valor, it seems both organizations made a determination to not renew the deal. That is what it is,” Disparte said.

The collapse of Circle’s SPAC comes after more than year of falling crypto prices, which alongside several major hacks and company failures, have damaged the industry’s reputation. The bankruptcy of crypto exchange FTX, which is being investigated by a number of US authorities on allegations of potential mishandling of customer assets, has worsened that landscape.

Under the terms of Concord’s amended and restated certificate of incorporation, Concord has until Dec. 10 to consummate a business combination. Concord can also seek a shareholder vote to extend that date if the US Securities and Exchange Commission declares the S-4 registration statement for the business combination effective, but so far, that has yet to occur.

Circle raised an additional $400 million in funding in April from traditional Wall Street names including BlackRock Inc., Fidelity Management and Research LLC and Marshall Wace LLP. Disparte said the firm may consider raising money again “if there are opportunistic reasons,” but that it had no plans to do so at the moment.

It joins a growing list of private firms ranging from Bitcoin miner Prime Blockchain Inc. to investing app Acorns Grow Inc. that have had mergers fall apart. At least 56 SPAC tie-ups have been called off this year, more than double the number in the five years prior, as the industry is and global markets have been rocked by volatility.

“For the argument that SPACs do not present strength necessarily, we think there’s a very deep counter narrative to the contrary,” Disparte added, citing the fact that Circle’s valuation increased when the deal was amended in February. “The desire to not extend it, I think, is more a function of just inertia around getting it authorized.”

The stablecoin issuer won’t likely be the last SPAC deal to crumble, with nearly 150 racing against deadlines to complete mergers amid the market turmoil.

SPACs are known as blank checks because they raise money in IPOs with the goal of taking an unidentified company public. They give themselves a short window, typically two years, to buy something or return the cash to investors. Management teams can get short extensions to find and close deals, but they usually have to get shareholder approval and pay them to do it.

The SPAC ecosystem has been hammered by a broader rout in more speculative assets amid concerns about increased oversight from the SEC. The De-SPAC Index is down 68% this year compared with a 15% drop in the S&P 500 Index, as the firms that have gone public through blank-check firms struggle. All told, more than one-third of the roughly 400 companies that merged with a SPAC are now trading below $2 a share.

(Updates with commentary from an interview beginning in the fifth paragraph.)