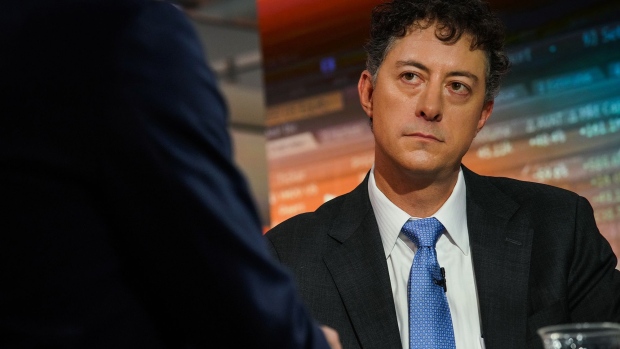 (Bloomberg) -- Activist investor Jeff Smith said Exxon Mobil Corp.’s revamped board will have to deliver the changes a tiny investor promised during its proxy fight in order for that campaign to be a watershed moment for environmental, social and governance investing.

Newly formed Engine No. 1 won an upset victory over Exxon this month by winning three seats on the board of the oil and gas giant despite owning just 0.02% of its common stock.

Winning the seats alone won’t be enough for it to be a breakthrough moment for so-called ESG activism, Smith said.

The challenge will be to deliver on the promises that were supported by the majority of investors, much like activists in the past had to prove they could improve the operations of a company when they won seats on the board, he said.

“You had to actually accomplish those goals in order to gain credibility. I think that we’re in the infancy on the ESG side,” Smith, the chief executive officer of Starboard Value, said during an interview Tuesday at the Bloomberg Deals Summit.

At Exxon, this will mean setting clear goals and metrics, and increased disclosure on how it’s measuring up against those targets, Smith said.

In 2014, Starboard had a similar challenge at Darden Restaurants Inc. in the first time an activist has succeeded in replacing an entire board of a Fortune 500 company.

“That was just the start of it, just like this,” he said. “I’m sure there were plenty of corporate executives and defense advisers that were hoping we were going to do a poor job, and then they would be able to point to it and say: ‘See, activists don’t know what they’re talking about.’ Instead, that’s not what happened.”

What Engine No. 1 accomplished was “eye-opening but not all that surprising,” and is part of an evolution in activism over the past decade, he said. The size of your stake means less now than whether you have the support of the majority of shareholders, Smith said.

Engine No. 1 managed to win the partial support for its four-member slate of directors from major institutions including BlackRock Inc. and Vanguard Group Inc., which both said they supported the activist’s push for change at Exxon, in part, because they believed it needed to accelerate its energy transition plans. Its campaign also won the support of two prominent shareholder advisory firms, Institutional Shareholder Services Inc. and Glass Lewis & Co.

Smith said it previously wouldn’t have been possible for such a small investor to win that level of support. He said in the past, in order to have any credibility in the board room, you needed to have at least 5% of the stock, which he said was “table stakes.”

“If you didn’t do that, you didn’t have the ability to have a chance to do this,” Smith said. “That’s changed.”

Starboard has now turned its attention to Box Inc., where it launched a proxy fight for board seats this year. Smith said he had tried to work with the company over the past two years but it failed to deliver on its promises. He said two recent financings launched by the company, including a $500 million convertible share issuance to KKR & Co., led to fight. The company said it would use the proceeds from KKR to buyback common stock.

“The terms are garbage,” Smith said. “They don’t make any sense.”

Box said in an emailed statement Tuesday it believed the KKR transaction provided a unique opportunity that provides shareholders with a chance to either sell their investment or participate in the potential upside of the company. The company said it has demonstrated substaintial progress across its business, and its shares are up nearly 40% year-to-date.