Stocks snapped a two-day drop as dip buyers emerged, fueling a rally in companies that stand to benefit the most from an economic revival. The dollar fell, while Treasuries stabilized.

Most major groups in the S&P 500 rose, with raw-material, energy and financial shares leading the charge. A gauge of small caps climbed more than 2 per cent, outperforming major benchmarks. CSX Corp. paced gains in the Dow Jones Transportation Average after a strong revenue outlook. Netflix Inc. tumbled on disappointing subscriber figures. The Canadian dollar advanced as the nation’s central bank said it’ll pare back asset purchases and move up its expected timeline for potential rate hikes.

Equities rebounded as traders sifted through corporate results for signs on whether an anticipated jump in profits would bring with it forecasts for stronger growth. Earlier losses were driven by concern over a flare-up in coronavirus cases around the world that could jeopardize an economic rebound, with stocks trading near their all-time highs. 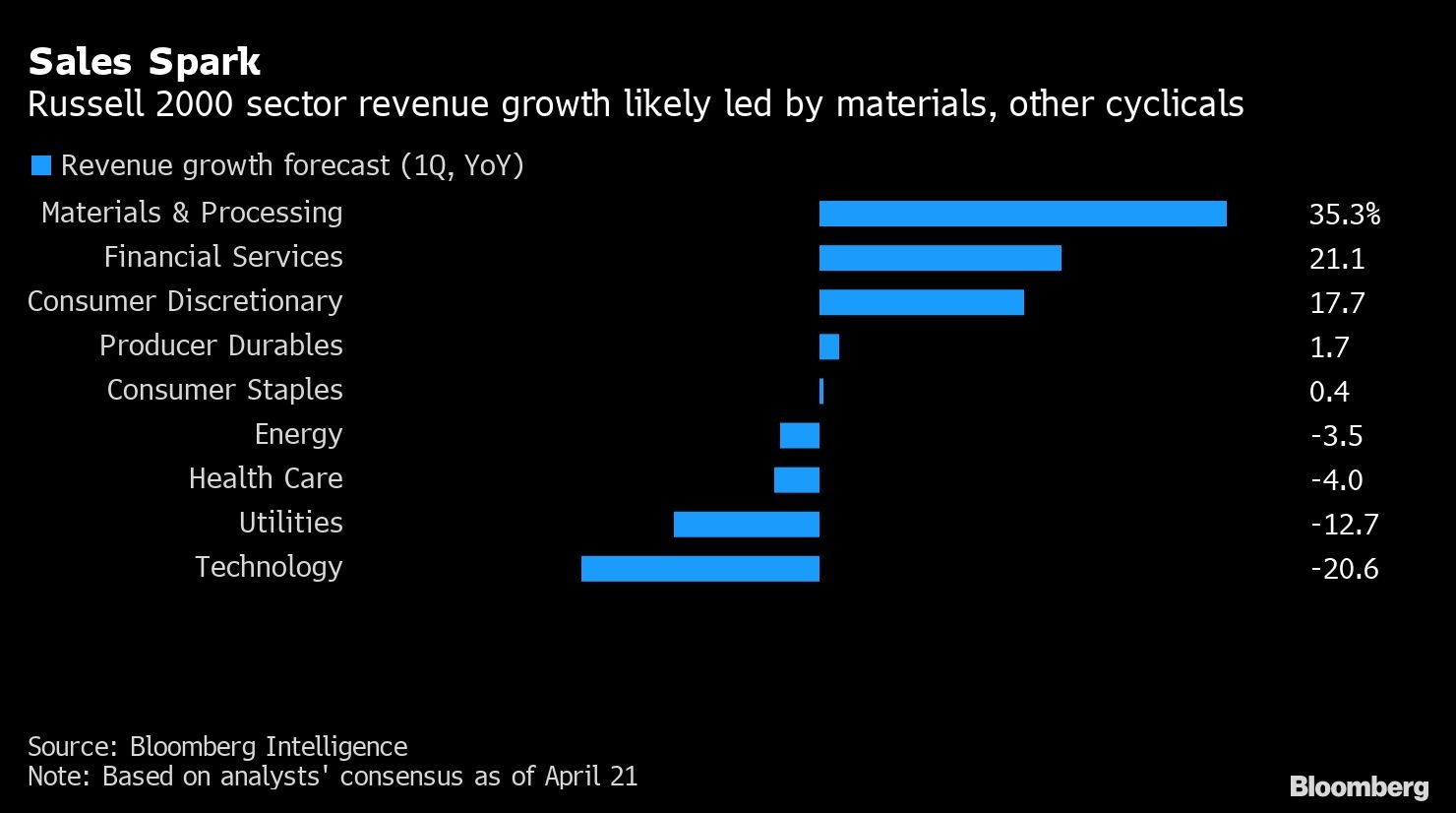 “Investors are trying to figure out what’s going to accelerate through the reopening based on earnings and guidance, while simultaneously keeping an eye on any reports of a coronavirus resurgence globally,” said Mike Loukas, chief executive officer at TrueMark Investments. “It’ll be a tug-of-war for direction on certain days.”

Earnings season may be just the spark the Russell 2000 needs, with the index trailing major benchmarks this month. The gauge’s revenue is set to grow by 8.7 per cent, beating the S&P 500’s by 226 basis points, wrote Bloomberg Intelligence’s Michael Casper and Gina Martin Adams. The small-cap measure’s cyclical sectors -- led by raw-material, financial and consumer-discretionary companies -- are expected to drive the sales growth, according to analysts’ consensus estimates.