The selloff in risk assets accelerated on Tuesday amid mounting concern over the debt-ceiling impasse in Washington, with stocks suffering their worst rout since May.

During a Senate hearing, Federal Reserve Chair Jerome Powell and Treasury Secretary Janet Yellen both warned that a U.S. default due to a failure to raise the debt ceiling would have catastrophic consequences. Republicans blocked a Democratic move in the Senate to raise the debt limit -- escalating tensions less than three weeks before the Treasury potentially runs out of capacity to avert a federal payments default.

“We would expect a deal to get done, but it appears as though both sides are a bit more entrenched compared to previous periods,” said Brian Price, head of investment management at Commonwealth Financial Network. “A government shutdown is a risk factor that we’ll be watching in the coming days and weeks.”

Yellen warned that her department will effectively run out of cash around Oct. 18 unless legislative action is taken to suspend or increase the debt limit. Heated remarks from Senator Elizabeth Warren also weighed on markets. After slamming Powell on his track record over financial regulation, Warren said he’s a “dangerous man to head up the Fed” and that’s why she’ll oppose his renomination. 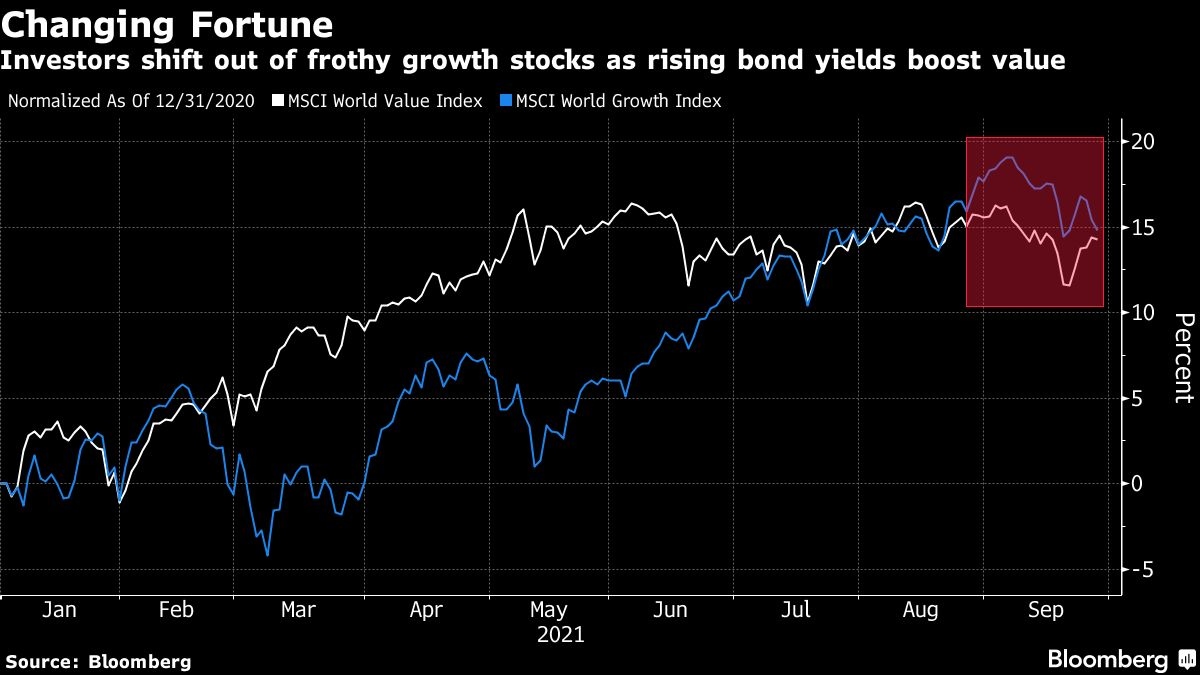 The S&P 500 extended its September selloff, with technology shares underperforming economically sensitive companies. The Nasdaq 100 tumbled the most since March. The yield on Treasury 30-year bonds climbed more than 10 basis points. The dollar rallied. Brent slipped from a three-year high above US$80 a barrel, dragged lower by a rout in U.S. equities.

Micron Technology Inc. -- the largest U.S. maker of memory chips -- plunged in late trading after giving a lackluster forecast, a sign that booming demand for its computer and phone semiconductors may be waning.

U.S. consumer confidence dropped in September for a third straight month, suggesting concerns over the delta variant and higher prices continue to dampen sentiment. Home prices surged 19.7 per cent in July -- once again posting the biggest jump in more than 30 years.